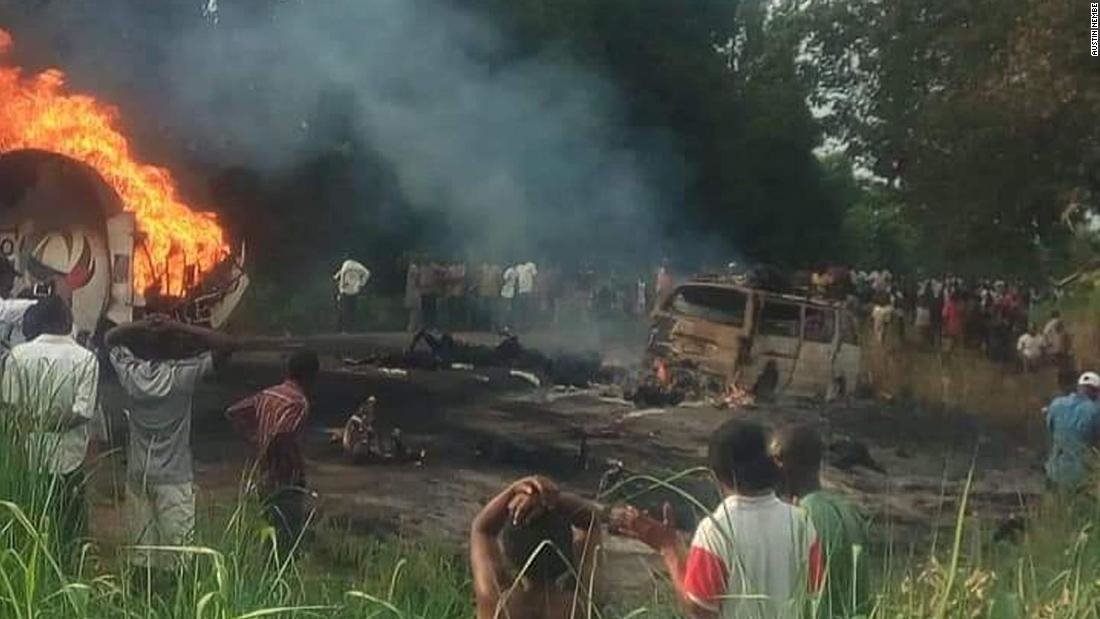 At least 45 people were killed and more than 100 injured in central Nigeria when a petrol tanker crashed and then exploded as people gathered fuel, emergency services said.

Local residents rushed to the scene and collected leaking gasoline for over an hour before the fuel caught fire, causing a blast that tore through the surrounding area. "We have recovered 45 corpses of the dead while 101 others sustained serious fire burns," Benue state Federal Road Safety Commission Sector Commander Aliyu Baba said.

"From the look of things and considering their condition, many of them might not survive." Baba said a pregnant woman and at least two children were among the dead and two firefighters sustained serious burns.

He said the blaze was sparked when a bus laden with passengers drove past the scene and its exhaust pipe scraped along the ground, causing sparks to fly. "Sixteen of the passengers in the vehicle, including the two children and the pregnant woman, were instantly burnt to death," Baba said.

Police and emergency services crews were working to clear the tanker's charred hulk from the road, a reporter at the scene witnessed. Petrol tanker and pipeline blasts are common in Nigeria, where despite the country's multi-billion-dollar oil and gas industry, most people live in poverty.