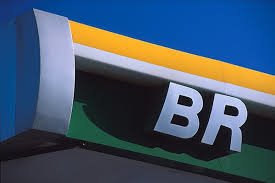 At the end of 2017, the company launched a 5bn-real (US$1.3bn) IPO, the country’s largest that year. The new public offering will, in fact, privatise BR Distribuidora, as Petrobras should retain only a minority position, with expected participation between 38% and 46%, since the firm will offer 25-33.75% of the distributor’s shares.

Negotiations with the stock exchange are due to start by July 25. The operation is part of Petrobras’ divestment plan aimed at raising US$26.9bn by 2023 to finance pre-salt exploration and production activities.

Observers expect the reduction in Petrobras’ stake will lead BR Distribuidora to function like a private firm, restricting political interference. During the Dilma Rousseff administration, political directives had the firm selling below international prices, causing high losses to Petrobras.

Under Michel Temer’s administration, the company started to charge international prices again, but in 2018 high diesel prices led to a truck drivers strike that caused shortages across the country. At the time, Temer’s decision to freeze prices until the situation normalised also drew criticism of political interference in the company.

In April a new episode of political interference shook the firm, and Petrobras received heavy criticism for its decision to back away from an expected diesel price hike upon request from President Jair Bolsonaro.

Despite government promises that the episode would not repeat, the greatest guarantee to avoid political interference is to reduce the state’s stake in the firm. But to end interferences completely, the new shareholders must deny Petrobras a role as the main decision-maker, since “the reduction of the equity stake in itself is not a sufficient parameter to guarantee Petrobras will not continue to have the final word in the decisions,” a legal adviser, requesting anonymity, told BNamericas.

However, BR Distribuidora has sent positive signals, with representatives publicly saying the company will focus on its profitability gaps. Cost reductions and efficiency increases, while improving the pricing strategy to increase profitability, recover sales volumes and market share are more aligned with the objectives of a private company and should generate improvements in the fuel sales environment.

BR Distribuidora operates 7,703 gas stations and is Brazil’s fuel and lubricants market leader, with a 27.4% market share during the first quarter of 2019. Its main competitors are Raízen and Ipiranga.

“The privatisation process is important because it will create conditions for BR Distribuidora to compete with private companies such as Raízen, Ipiranga, and Ale, which it is not being able to do today due to its margins decided from a state-run firm perspective,” Adriano Pires, head of Rio de Janeiro infrastructure consultancy CBIE, told BNamericas.

Together with Petrobras’ refineries privatisation, the change in BR Distribuidora’s status could mark a new phase for Brazil’s downstream sector. Such structural changes, however, take time to have an impact and it is still too early to see how they will change the fuel market.