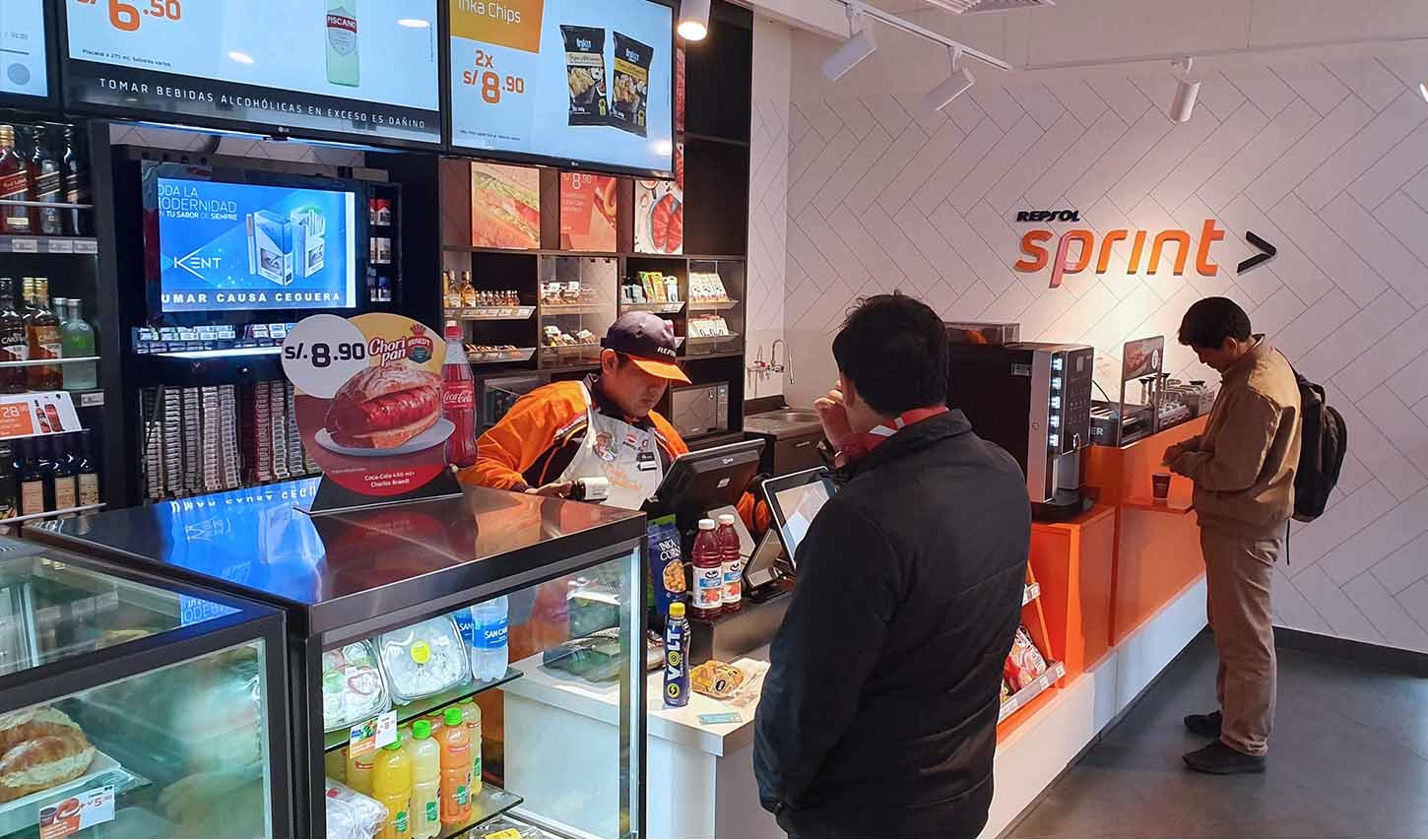 Repsol expects to increase sales of its chain of convenience stores by 15% this year driven by the transformation of its Repshop format by Repsol Sprint, says the Spanish company

Aware that the Peruvian convenience store market is boiling, the Spanish Repsol decided to modernise, renovate and change its Repshop stores for Repsol Sprint. This new brand - which implies the adoption of a more friendly, agile, comfortable and efficient format - will drive the chain's sales to grow around 15% this 2019, exceeding approximately US $ 30 million, estimates its general manager, Dante Blotte .

This transformation, he explained, will be gradual. Thus, this year they will only convert between 8 and 10 Repshop stores to Repshop Sprint, out of a total of 76 that they have throughout the country. Depending on the size of each store, the investment will fluctuate between US $ 100,000 and US $ 150,000, he calculates.

While, between 2020 and 2021, this process is expected to culminate. "The speed of migration is tied to the profitability generated by stores that have already adopted the new image," he says.

The executive said the focus of the chain is still growing through Repsol's own network of service stations, which totals 560 throughout the country, and not with independent stores. Although the growth strategy of Repsol convenience stores is focused on Repsol Sprint, Dante Blotte reveals that they do not rule out bringing the Repsol On store format in the future. “This is our flagship and it has a different concept. With this brand we are in the cities of Madrid and Bilbao in Spain, ”he says.

What will be seen in the coming months, he highlights, is the realisation of some alliances for the commercialisation of products of international category, taking advantage of the synergy that the group has. Remember that, for the moment, the most important agreement they have signed is with the organisation of the Pan American and Parapan American Games.

“This allows not only to market the official souvenirs of Lima 2019 but also as the official store, eight stores will be implemented in the 22 venues that this sporting event has in Lima. This is a good showcase to publicise the new brand in the country, ”he says.