SOCAR has officially opened its first petrol station in Austria, in the city of Graz. 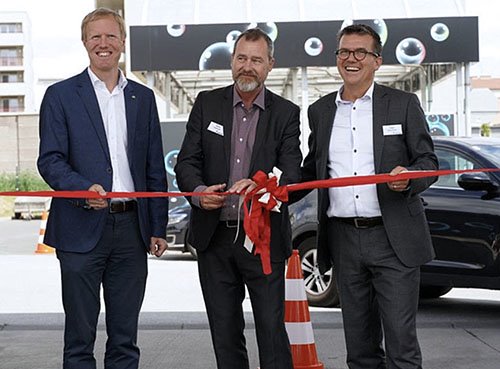 In late 2017, SOCAR of Switzerland announced that it would take over Austrian petrol station operator A1, with the A1 branding gradually being replaced by SOCAR over the next few years. For the shop concept, SOCAR has entered into a partnership with well-known provider Nah&Frisch punkt.

Edgar Bachmann, CEO of SOCAR in Switzerland says: “For SOCAR, the opening of the first petrol station in Austria is another milestone. Since entering the Swiss market in 2012, SOCAR has quickly developed into one of the leading energy companies and mobility providers in this country. We now want to roll out this experience in Austria as well.”

Following SOCAR’s market launch in Switzerland in 2012, Austria represents a strategic target market for the company. The next SOCAR petrol station will go into operation at the end of July. Over the next few years, the 82 existing A1 petrol stations are to be gradually replaced by the SOCAR brand.