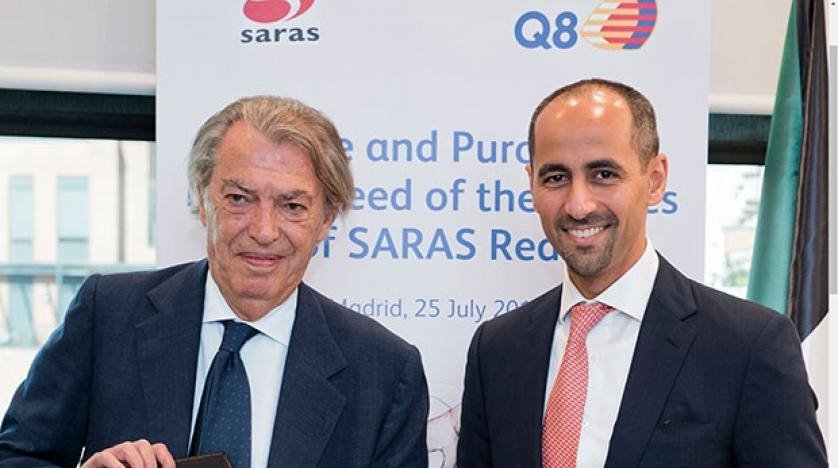 The Kuwait Petroleum Spain, a subsidiary of the state-owned Kuwait Petroleum International (KPI), also known by its trademark Q8, has purchased 67 fueling stations from the Saras Energia-Spain.

"The acquisition expands Q8 network in Spain to 77 stations," Q8 Chief Executive Officer Sheikh Nawaf Al Sabah told KUNA on the sidelines of the deal signing ceremony. He pointed out that Q8 aims to consolidate its presence in Spain in line with its ambitious expansion strategy in European markets.

"The deal also boosts Q8 growth in Europe," he said, noting that the Q8 chain comprises over 4,700 fueling stations across Europe. He stated that the purchased service stations would raise Q8 emblem and flag as of next December.

He pointed out that in addition to conventional oil, new Q8 stations would provide electric vehicle charging services. Sheikh Nawaf stated that KIP strategy is based on operational growth in Europe by acquiring more fueling stations and offering a variety of services such as opening a shop in all stations in cooperation with leading retail companies.

The strategy’s second pillar is marketing Kuwait Petroleum Corporation's (KPC) crude oil and petroleum products which would be produced by the KPC refineries in Vietnam and soon in Oman, he noted. "Q8 is working with KPC to find nascent markets to market these products," he said.