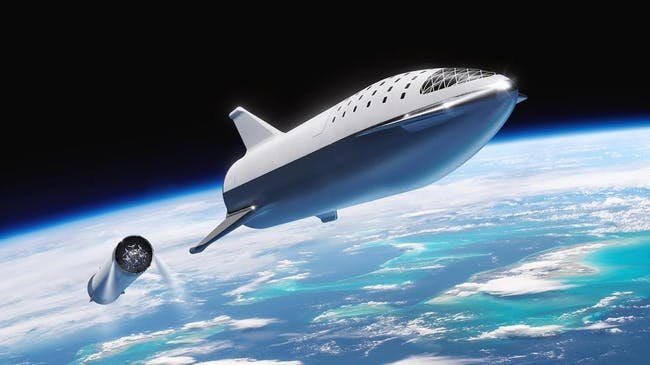 NASA announced plans to work with SpaceX to help develop ways to transfer propellant in orbit, describing it as “an important step in the development” of SpaceX’s Mars-bound Starship rocket. The team will work with both the Glenn Research Centre in Cleveland and the Marshall Space Flight Center in Alabama.

“Orbital refilling is vital to humanity’s future in space,” SpaceX CEO Elon Musk declared “More likely spacecraft to spacecraft (as aircraft do aerial refueling), than a dedicated depot, at least at first.”

Imagine you’re planning a cross-country trip. Depending on the model, a full tank can probably hold enough to travel several hundred miles. With an electric car, it’s probably closer to a couple of hundred miles. Fortunately, you tend to assume that there will be places to fill up or recharge along the way.

Now imagine you had to do the same trip, but the car had no means of filling up the fuel after the journey starts. You probably couldn’t do much exploring, and you’d have to get a car big enough to hold all the fuel before setting off. This is exactly how space travel works today.

Experts are only just exploring how to remove this shackle from humanity’s space exploration, but with a breakthrough in refueling, the solar system could suddenly fall within reach of rockets. Musk has spoken before about his goal of establishing humanity as a planet-hopping species.

The idea would be to establish fueling stations along the way, so the rocket can move out further and further over time. The idea has been praised by Neil deGrasse Tyson, as moving out further to gather more resources could reduce scarcity and “evaporate” a “whole category of war.”

The Starship is crucial to this idea. It’s a stainless steel rocket currently under development at the firm’s Boca Chica facility in Texas. The fully reusable design is powered by the Raptor engine, which uses liquid oxygen and methane instead of regular rocket propellant. The idea is that humans would fly on a manned mission to Mars, establish a land-based propellant depot and use that to return home or move out further.

Work on the Starship has been swift. A miniaturised “hopper” version of the rocket lifted off at the test facility last month, jumping a few meters in the air. Musk has suggested that a full-scale presentation could be just weeks away. From there, the first commercial launch could come as soon as 2021, paving the way for a city on Mars by 2050.