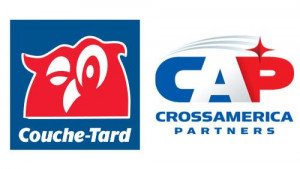 CrossAmerica Partners LP is making good on its strategic initiatives, moving closer to exiting direct retail operations and according to President and CEO Gerardo Valencia, the company is confident about delivering on its goals for the future.

In May, CrossAmerica and Alimentation Couche-Tard Inc. completed the first in a series of asset swaps. "We completed our first tranche of the asset exchange with Circle K in which we received 60 sites," Valencia said during CrossAmerica's second-quarter earnings call on Aug. 6.

The sites are now under CrossAmerica's wholesale fuel segment. "We are now working on our second one and we have signed contracts with dealer for 65 additional sites. Most of which will be part of the second tranche of assets to be exchanged," he explained.

According to the chief executive, the company is completing its final due diligence and expect to the transactions finalised before the end of the third quarter. Based on the current timeline CrossAmerica expects the final assets to change hands by the first quarter of 2020.

As part of the overall exchange agreement, CrossAmerica will receive 192 company-operated convenience and retail fuel stores in the United States. Of the sites, 162 are fee-based and 30 are leased. The transaction is valued at $184.5 million, as Convenience Store News previously reported.

"As we improve the network quality, we're seeing the benefits as we planned, optimising the volume and profitability of the network, with an increase of 47 percent over the first half of 2018," he explained. "As we complete the work by the third quarter of the year, we expect further growth from these networks."

In addition, as the second quarter was coming to a close, CrossAmerica entered into a master fuel supply and lease agreement with Applegreen plc. Under the terms of the agreement, Applegreen will run 46 company-operated retail stores in the Upper Midwest.

"We are very excited to expand our relationship with them. They are very strong operator and we expect to finish the year with over 100 sites by the end of 2019," Valencia said.