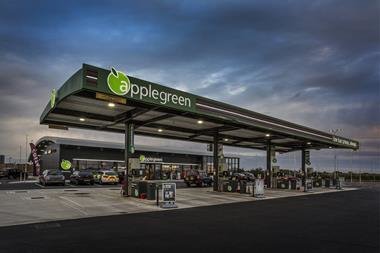 Applegreen will continue to focus potential acquisition opportunities in the United States on the eastern seaboard after agreeing to pay $37.6m (€33.5m) for a 40pc stake in a Connecticut-based highway services operator, according to chief executive Bob Etchingham.

In its latest US deal, Applegreen has joined forces with two infrastructural funds to buy CT Service Plazas, which has 23 plazas along key routes in Connecticut. It has also entered a call option agreement with one of the other buyers, TD Greystone, that is exercisable after five years and which will enable Applegreen to boost its stake to 60pc.

Applegreen said it hopes to secure approval from the Connecticut Department of Transportation for the initial acquisition in the third quarter of this year.

Speaking to the Irish Independent, Mr Etchingham said that the deal gives Applegreen access to retail partners that it does not already have relationships with in the United States, such as McDonald's and Dunkin' Donuts. However, Applegreen has already been courting Dunkin' Donuts to open a unit at a new services outlet the forecourt retailer is constructing in the north-east.

Applegreen already has strong retail relationships with brands such as Burger King, Subway and 7-Eleven. The fuel offering at the 23 plazas being acquired is operated by Mobil. Mr Etchingham added that using the Applegreen brand in its US outlets is not a key priority. "Mobil is the market-leading fuel brand in that part of the north-east, so we wouldn't see that changing in the short term," he said.

"When we take on stores, they very often come with a fuel contract, which means you can't change the fuel brand maybe for a number of years. The majority of our sites in the US would not be branded Applegreen on the forecourt," he added. "I wouldn't say it's one of our primary objectives at this point in time. Our development there is still in the relatively early stage. The Applegreen brand is virtually unknown."

In June, Applegreen acquired leaseholds on 46 forecourts across Michigan, Minnesota and Wisconsin, marking its first foray into the US mid-west. It secured the leaseholds from Lehigh Gas Wholesale, Cross- America Partners and their affiliates. Lehigh is a subsidiary of CrossAmerica.

Having entered the US market in 2014, Applegreen already has operations in Florida, South Carolina, Massachusetts and Long Island. The firm has a strong relationship with CrossAmerica.

Mr Etchingham said that Applegreen is aiming to attract tenants to a number of vacant outlets at the 23 plazas being bought in Connecticut. "There's a number of outlets in the various plazas that are unoccupied at the moment," he said. "We will look at either expanding existing food offers, or introducing a few new brands."

He said there were "various reasons" why there was some vacant retail space in the plazas and described the percentage of unoccupied space as "material". Chief financial officer Niall Dolan said that Applegreen also remains focused on reducing its debt metrics.