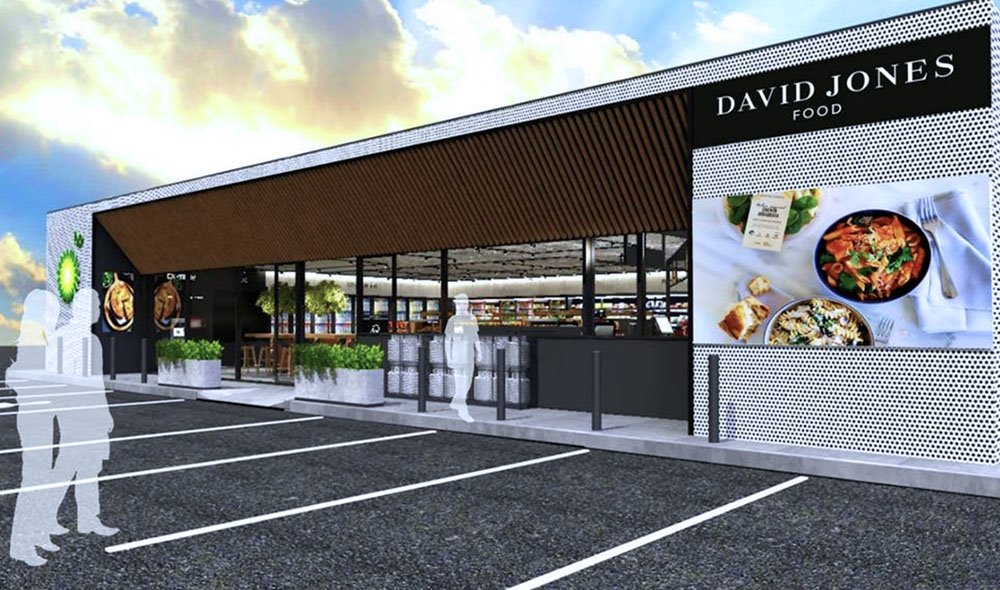 BP has partnered with David Jones to offer more than 350 food products including sandwiches, sushi, rotisserie chickens and pre-prepared meals.

Mark McKenzie, CEO of Australasian Convenience and Petroleum Marketers Association, said the partnership will give service stations a needed image boost. “Service stations are well positioned but they’ve got an image problem and they have to change their capability,” he said.

The partnership comes after a similar successful pairing between BP and Marks and Spencer in the United Kingdom. Mr McKenzie said the change is part of an industry-wide bid to modernise.

“Our industry has probably been gong through a revolution in this space for about five years now,” Mr McKenzie said. “One of the challenges we’ve got in the service station industry is we’re seeing flat lining petrol demand across the country.

“We’ve seen many of the major retailers introduce their own coffee shops or restaurant style seating in a number of the bigger service stations with a view to try and cater for the time poor consumers.” Ten BP locations on major arterials in Melbourne and Sydney will offer the David Jones range within six months, with more stores to follow.

Watch the video to the story: BP teams up with David Jones bringing gourmet ready-meals to Australian petrol stations