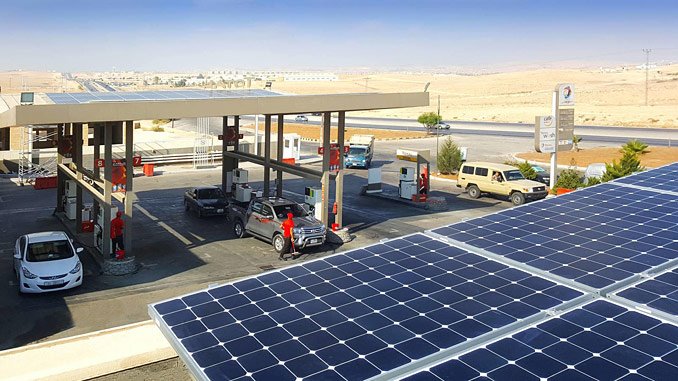 This forms part of the company’s goal to solarise 5 000 of its service stations in 57 countries. It plans to accelerate work in the coming month to ensure it is able to implement solar power at about 1000 service stations a year.

More than a third of the Total retail network stations worldwide will be equipped with high-efficiency SunPower solar panels at the end of the programme. Through also solarising production sites and office buildings, the number of projects adds up to more than 200 MW at peak, equivalent to the total electricity demand of a city of 200 000 people, Total said in a statement on Monday.

Total marketing and services president Momar Nguer commented that the service stations that were equipped with solar panels were more independent of the grid and showcased the company’s knowledge and expertise in renewable energies.

Consistent with Total’s ambition to become a responsible energy major, the programme will reduce the company’s retail network’s carbon emissions by more than 50 000 t/y.

“The milestone achievement reflects Total’s commitment to using solar power at our sites and our ability to support our industrial and commercial customers with cleaner, more affordable and safer electricity,” Total renewables VP Julien Pouget added