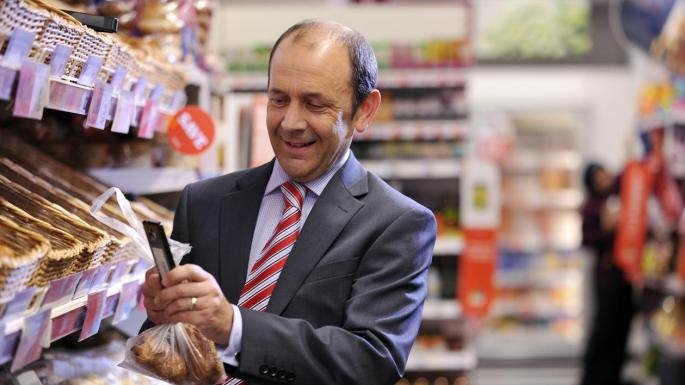 The advance of the machines has faltered a step with Britain’s second biggest supermarket reinstalling tills at its first checkout-free store.

Sainsbury’s has put tills back at its Holborn branch in central London just three months after removing them because customers were struggling with the concept and then queueing at the helpdesk, manned by a lone human. The supermarket had introduced shopping by smartphone at the store, with customers having to download an app and scan items themselves as they picked them from the shelves.

The experiment resulted in long queues at the helpdesk as shoppers encountered problems with scanning goods or tried to pay for their groceries in the traditional way. Customers also complained that they did not want to use their mobile data downloading the app and found logging into the store’s wifi a lengthy process.

Sainsbury’s admitted that “not all our customers are ready for a totally till-free store”, adding: “Some customers preferred to pay with cash and card, which sometimes meant that they were queueing to use the helpdesk, particularly at peak times of day. This is why we’ve added a manned till and two self-checkouts back into the store.”

When the tills were removed, the supermarket had said: “We know our customers value their time and many want to shop as quickly as possible — technology is key to that.” The British Retail Consortium said it was too early to suggest that stores were reacting against machine technology despite research suggesting that almost two thirds of shoppers prefer a staffed checkout.

Nonetheless, B&Q, is in the process of removing all self-service tills and Morrisons has paused the wider introduction of its machines after customers complained they found them impersonal.

More than £3 billion of goods are estimated to be stolen through Britain's 50,000 self-service tills each year, with almost one in four people admitting to having taken at least one item without paying for it. Studies have shown that shops that use the tills experience nearly double the average losses from shoplifting.

Despite such concerns, Amazon is increasing the number of its checkout-free grocery stores in the US and plans to open its first in London. The retailer has 17 Amazon Go stores in America, where shoppers scan their phones as they enter, grab what they want and then stroll out. They are billed using an array of cameras and sensors tracking their every move.

Sainsbury’s said that its Smart Shop app was still operational in the Holborn store and eight others. It did not say whether it would expand the format further.