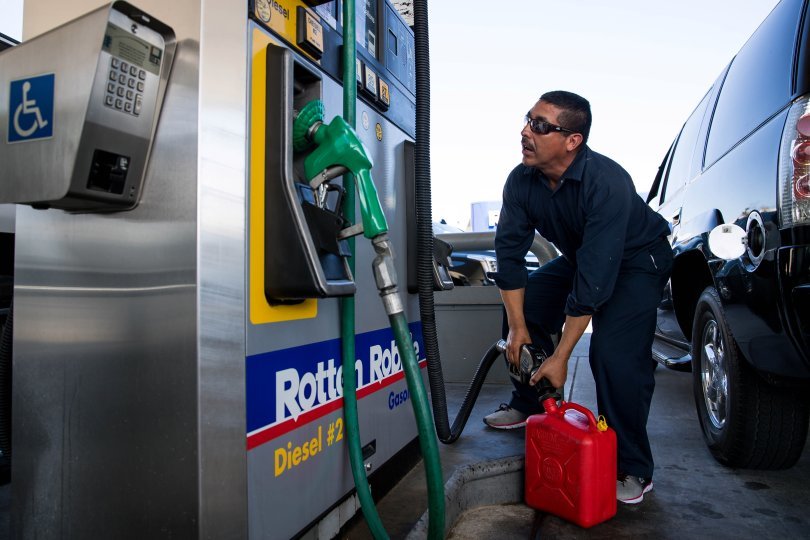 Refinery problems this week have sent California prices to their highest level in almost seven years, raising the average statewide to $3.78 a gallon, far above the national average of $2.66.

“All of this means fuel prices will likely rise 20-35 cents over the coming week or two and won’t get better until refineries get back online after these unexpected outages.” said Patrick DeHaan of Gasbuddy.com.

“While the drone attacks on a Saudi Arabia oil processing plant earlier this month sent crude prices up a couple of bucks, that’s not enough to warrant a 35 cent increase at my station,” complained Greg Wyess of Campbell.

Last week was the first time since early June that the national gas price average jumped more than a nickel in under a few days. On the week, it’s a dime more expensive at $2.66, with half of the states seeing prices increase by 10 cents or more.

However, even with the significant increase, the national average is still cheaper compared to last month by six cents and last year by 19 cents. Spurred by the recent Saudi Arabian oil facilities attacks, West Texas crude increased as much as $10 a barrel.

fuel stations reacted just as swiftly, raising local retail prices by as much as a quarter, which pushed the national average up six cents overnight. However, by the end of last week, crude was down to $58 a barrel and gas prices started to stabilise as reports surfaced that Saudi facilities should be fully operational by the end of September.

“At $2.66, the national average is a dime more expensive than last week,” said Jeanette Casselano, AAA spokesperson. “The good news is we are seeing downward movement with crude oil prices and stabilisation at gas pumps, but Americans can expect some fluctuation through the end of the month.”

In its latest report, the Energy Information Administration measured US demand at 8.9 million barrels a day which is a substantial 900,000 drop from the previous week and a low reading not seen since February. The decrease in demand amid the spike in crude oil prices could help to keep gas price fluctuations more moderate through the end of the month.

“Refinery problems have driven wholesale prices up significantly,” said Tom Robinson of Coast Oil. “With our special gasoline formulations and our geographic isolation we are always susceptible to this. Fortunately, it has not happened for a while, but it definitely is happening now. Hopefully, it will be short-lived.”