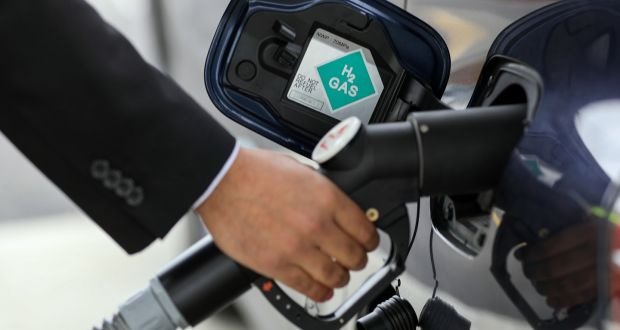 Plans for the introduction of a hydrogen fuelling infrastructure for Ireland are accelerating, and a group representing those interested in using hydrogen as a fuel source is projecting that there will be 80 hydrogen filling stations by 2030.

Hydrogen Mobility Ireland is made up of industrial and governmental representatives, and includes, among others, BOC Gases, Bord Gáis Energy, Toyota Ireland, CIÉ Group, Hyundai Ireland, and government departments from both north and south of the Border. The group wants to assess, and then push forward, ideas to bring hydrogen fuel for vehicles and public transport in Ireland.

The group’s initial report will be published on October 3rd, and one of its members, speaking to The Irish Times on background, confirmed that it will initially be aimed at “captive” fleets, whereby vehicles can be refuelled at a central depot. “It’s a central hub model, for now, rather than a distributed network.

Our focus is on captive fleets, and Dublin Bus and CIÉ as a whole are both part of the group, and contributing to the discussions. Those early hydrogen fuelling stations would also be available for private users as well, to help encourage those who are interested in the technology.”

Currently, only two hydrogen fuelled cars are available on the market – the Toyota Mirai and the Hyundai Nexo – and neither is sold in Ireland, for the simple reason that there is currently nowhere to refuel them. The debate over the potential of hydrogen power for cars is often a rancorous one, with Tesla’s Elon Musk describing the power source as “dumb” and apparent internal disagreements within the VW Group over whether to press ahead with hydrogen vehicle development (Audi says yes, VW says no).

That debate is acknowledged by the group. Dr Richard Riley, a senior consultant at Element Energy, says: “Our view is that just like today, where there are multiple fuels for transport, the future will see both battery electric and hydrogen vehicles on the market filling different needs.

It is more efficient just to put that electricity straight into a battery vehicle. However, some vehicle operating profiles especially large trucks, refuse collection vehicles, some bus routes, rural and commuter train routes, ferries, police and ambulance fleets etc are not well suited to batteries as the battery range and recharging are not flexible enough to meet operators needs.

“Initial stations need a captive fleet to ensure the demand for hydrogen which helps to bring the cost of hydrogen down. However, right from the start we plan for some of the stations to be open to the public so that the investments made by industry and fleets benefits the wider community. We have explored a few different options for early fleets including taxis, buses and refuse collection vehicles. Some interest has been expressed across all these fleets.”

Dr Riley says the hydrogen supply being proposed for Ireland comes is extracted using renewable electricity, a fact which might alleviate some of those concerns. Each of those 80 proposed hydrogen filling stations will require investment in the region of €1.5 - €2million.

The Government has made no commitments as yet on any incentives for such investments, but has, according to Dr Riley, “agreed that hydrogen shows great potential for Ireland and that the policies set out by the group to deliver hydrogen mobility are within the cost and policy limits that they committed to, to bring electric vehicles to market.”

“What we’re aiming to do is reach a point where other actors can start to make a decision to invest in hydrogen technology,” the group’s spokesperson said. “We need to reduce the unknowns, and raise the certainty level so that we can move from this phase through to implementation.

What we want to do is to have a highly visible, public strategy so that people can feel comfortable coming on board. This is not just an industry looking to feed itself – we’re drawing in a very broad spectrum of opinion from car makers, fleet operators, academics and policymakers.”