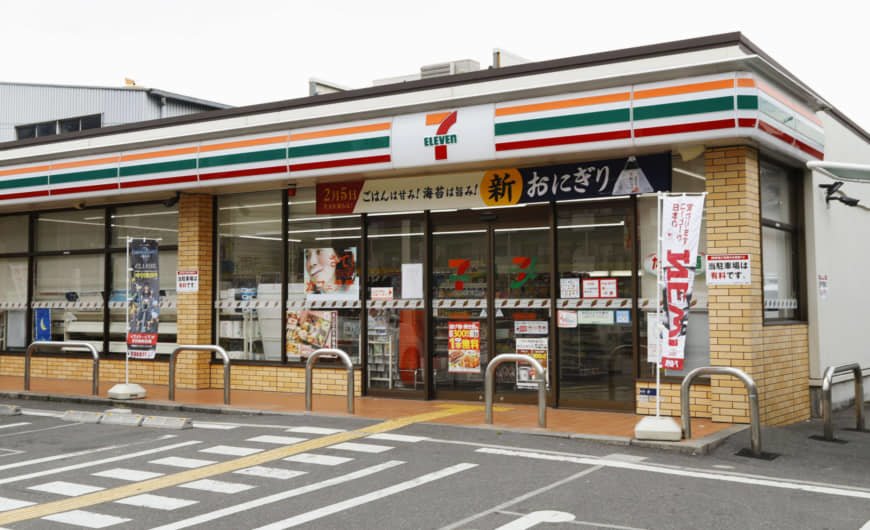 The number of domestic convenience stores operated by Seven-Eleven Japan Co. dropped by 24 in September from the previous month to 20,993, marking the first fall in five years, company officials said .

The figures came a day after its parent, Seven & I Holdings Co., said it would close 1,000 unprofitable outlets and eliminate 3,000 jobs from its other units as the retailer continues structural reforms and cuts back on 24-hour operations.

The fall in the number of stores apparently reflects slowing growth in the industry, with the domestic convenience store market having become saturated. But Seven-Eleven Japan said the drop would only be temporary. The company has slowed down the pace of store openings amid criticism it was forcing around-the-clock operations on franchisees despite an acute labour shortage.

The convenience chain said it would implement new policies for its franchisees, such as reducing monthly fees. Additionally, it will close five Seibu and Sogo department stores, and is considering shuttering 33 Ito-Yokado general-merchandise shops. The company’s 7-Eleven Japan business will take a ¥10 billion ($93 million) charge due to the new incentives for the franchisees, Chief Executive Officer Ryuichi Isaka said in Tokyo while announcing the company’s second-quarter results. Seven & I said a new midterm plan would be announced next April.

Seven & I, the largest convenience store operator in Japan, has been pressured in a saturated domestic market where growth has been limited to taking share from competitors. It’s also been under fire in the past year for enforcing 24-hour operations on its franchisees amid a labour crunch in Japan. Now it is testing stores with reduced hours.

Staff reductions will apply to Ito-Yokado, where 1,700 positions will be cut, and Sogo and Seibu, which will see 1,300 job losses. Those stores have dragged on the company’s more profitable convenience store operation. Although known for its 7-Elevens that dot Japan and the globe, the company’s other operations span multiple business areas, from Denny’s Japan restaurants to its own bank.

JP Morgan analyst Dairo Murata said the news will likely be taken negatively, as the 7-Eleven charge was a surprise. But in the long run, it could bear some fruit. “They’ll have their new midterm plan announcement next April, so this structural reform is probably an effort to be able to grow earnings for that period,” he said.

While Seven & I said it was examining the impact of the measures on earnings, it kept its operating profit forecast for the current fiscal year the same, at ¥420 billion, in line with estimates. The company said it will “promptly make an announcement should there be any impact on financial results.”

In recent months, Seven & I has also been embroiled in negative publicity after its digital payment system 7 Pay was hacked and money from customers taken within days of its launch in July. The company shut down the service in September.