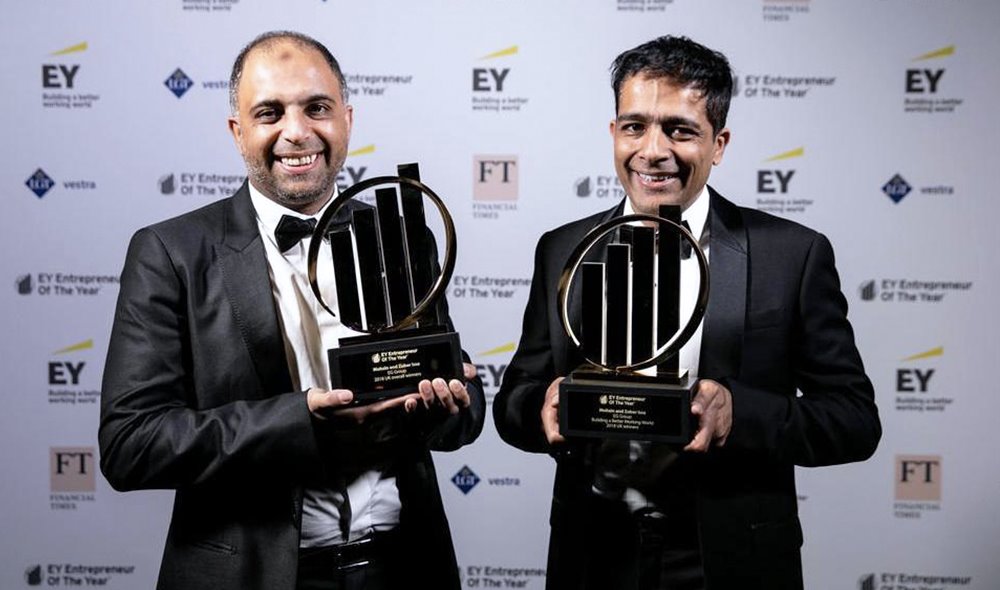 According to a report by Bloomberg, the U.K.-based retailer is exploring an initial public offering (IPO) valued at more than $12.4 billion next year. Citing people familiar with the talks, the company is in early discussions with banks, though no formal mandates have been awarded.

The sources asked to not be identified because the discussions are private. A share sale might take place in the second half of next year and the company is considering listing in the United States. No final decisions have been made and the owners could change their plans, the news outlet reported.

Mohsin and Zuber Issa (pictured above) owners of the U.K.-based EG Group has a convenience and gas retailer with a diversified portfolio of approximately 5,200 sites across Europe, the United States and Australia. It entered the U.S. in April 2018 when it acquired The Kroger Co.'s convenience store portfolio, which comprised more than 760 c-stores operating under the Turkey Hill, Loaf 'N Jug, Kwik Shop, Tom Thumb, and Quik Stop banners, as Convenience Store News previously reported.

After the transaction, the company formed EG America and established a headquarters in Cincinnati. Over the 18 months, the company has steadily built up its presence in the U.S. reaching additional acquisition agreements with several regional players, including Columbus, Ohio-based Certified Oil, Syracuse, N.Y.-based Fastrac Markets, and Westborough, Mass.-based Cumberland Farms.

It also inked a deal with Westlake, Ohio-based TravelCenters of America to purchase its Minit Mar c-store portfolio. In June, it began rebranding the c-stores to the new EG America banner.