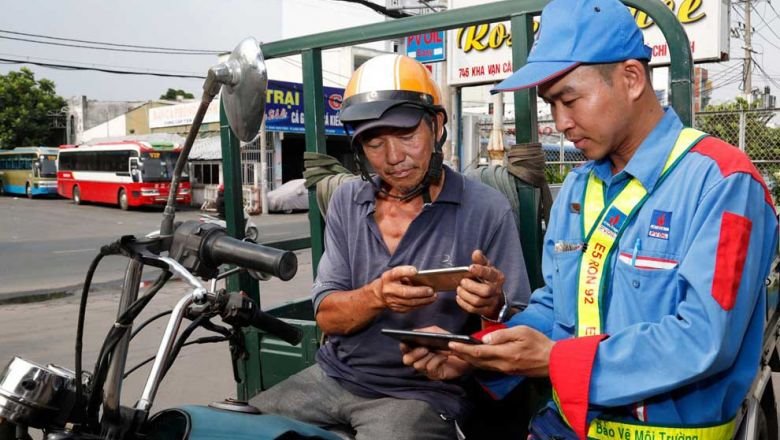 Drivers in Vietnam will be able to buy products from PetroVietnam Oil Corporation (PVOIL) using their mobile with the e-wallet service provider MoMo.

Targeting a doubling of cashless payments over the next six months, PVOIL last week signed a strategic cooperation with MoMo to provide a new payment solution for PVOIL customers and also in line with a government resolution promoting cashless payments for public services.

Accordingly, from customers in Hanoi and Ho Chi Minh City can pay for oil and gasoline at PVOIL and Comeco petrol stations through the MoMo app. Then the payment will be applied nationwide on November 1. The partnership is aimed at boosting cashless payments in line with the Government’s Resolution 02, dated January 1, 2019, to promote noncash payments for public services.

“Currently, PVOIL sells some 5,000 cubic metres of fuel per month with noncash payments by scanning QR codes,” said PVOIL director-general Cao Hoai Duong. He expects the figure to increase to 10,000 cubic metres in the next six months thanks to the rising number of customers opting to make payments with the MoMo app.

As one of Vietnam’s leading fuel traders, PVOil runs over 3,000 petrol stations nationwide, accounting for 20 per cent of the market. With the cooperation, customers who use MoMo e-wallet to pay for petrol and oil at PVOIL and Comeco petrol stations nationwide will receive a 50 per cent refund – not exceeding 30,000 dong ($1.29), equivalent to about 1.5 litres of petrol.

To pay with MoMo e-wallet, customers use the function “Scan code” and scan QR Code provided by the staff of PVOIL and Comeco.