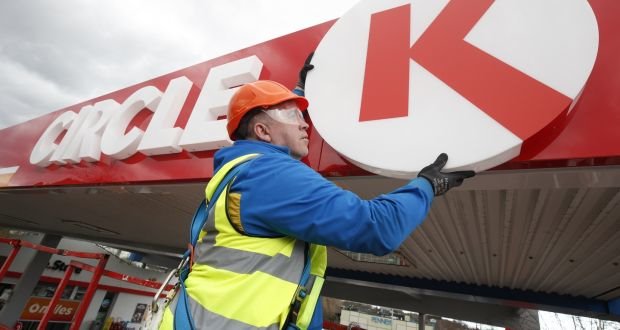 Circle K says it has created 100 new jobs around the Republic this year with the opening of three new outlets.

Circle K said it would hire 30 workers to staff the M9 service station. Kilcullen will be the last of three stations that Circle K has opened this year.

The company said at the weekend that three businesses had created 100 new jobs in centres outside Dublin. Circle K announced plans for the three stations in partnership with State roads body Transport Infrastructure Ireland.

The others are a recently launched outlet on the M6, the main route into the west of Ireland, at Athlone Co Westmeath; and Circle K’s largest facility at Gorey, Co Wexford, which was responsible for 40 of the jobs.

Circle K also opened a service station at Kill, Co Kildare, in December last year. It has spent €35 million on the four new outlets opened over the last 10 months. The site opened at the weekend will include a charging point for electric cars, a McDonald’s, a children’s play area and a café. The company expects that it will cater for thousands of motorists every day.

Gordon Lawlor, managing director of Circle K, pointed out that the group employed 2,200 people in the Republic, almost half of them outside Dublin.