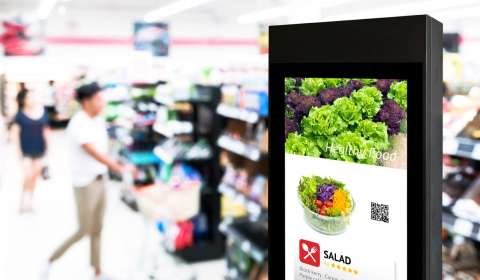 In a world where digital deals are easily scored in seconds, retailers and suppliers alike have to stay on the cutting edge of building experiences and relationships with customers in order to succeed moving forward.

Because even after years of a dramatically changing landscape, retail is still undergoing a massive shift, according to Koupon Media's Dustin Cook, vice president of retail partnerships.

It's estimated that 15 percent of all retail sales will occur online by 2022, Cook cited at the second annual Future of Digital Promotions in C-store event, recently held during the 2019 NACS Show in Atlanta. "When you compare that to the 3.5 percent that was done in 2008, this becomes a very big deal," he said.

To stay competitive, c-store retailers and brands must work together and embrace predictive models that take into account where people shop, when they shop, what they buy, and how they redeem coupons and other offers.

In regards to maximizing loyalty, Zipline CEO Steve Goodrich advised retailers to consider utilising private label debit cards in their loyalty programs. Major card brands leverage loyalty themselves in the form of points and cash back. Offering private label debit gives c-stores the chance to get card processing fees back and support their own programs.

This is a particularly attractive opportunity in the current financial landscape where debit is the No. 1 form of payment and many millennials don't even have a credit card, Goodrich said. According to recent data, merchants reportedly see an average sales lift of 36 percent when a consumer adds a private label debit card to their wallet.

The forecourt also presents a prime opportunity for promotions, according to Sabina Klein, vice president of shopper marketing at GSTV. Surprisingly, digital promotions can actually add more in-store clutter in the form of kiosks, QR codes to scan, augmented reality spaces and more. Video ads at the pump, though, offer a frictionless promotion opportunity in a disruptive environment.

"The shopper journey has absolutely nothing to do with a linear path nowadays, but it's certainly something to aspire to," Klein said. The need to reduce friction is one of several reasons to look into delivery. Sixty percent of consumers report ordering delivery or takeout once a week, and 34 percent spend at least $50 when ordering online. Millennials are driving this shift, but the trend isn't exclusive to that generation.

"We poke fun at the millennials but, truth be told, this is an industry change that's happening," said Scott Walters, head of c-store sales, order and delivery for Paytronix Systems Inc. Amazon is a major factor, too. Even when they aren't ordering food, consumers have been conditioned to expect fast, easier ordering through their use of Amazon Prime, Alexa and Amazon Go.

"The idea that consumers are going to go back from this is not happening," Walters said. Still, c-stores do have a speed advantage since even Amazon Prime is not going to get a Snickers bar into someone's stomach faster than a trip to the store will. "We have to engage with the shopper wherever she is and whatever her need state," Klein said.

Retailers have more tools at their disposal than ever before, and they can use today's ubiquitous technology to attract consumers who aren't traditional c-store consumers. A layer of technology connects retailers and brands, allowing promotions to go from one-size-fits-all to heavily customisable digital promotions. This results in a major difference between those who offer such promotions and those who don't.

"There's a massive impact," said Mike Glassman, co-founder and chief operating officer of Skupos. The fact that valuable consumer data is often siloed can be a challenge, but c-store operators who overcome this can use consumer data to gain major value.

"Share your data with your partners," said Derek Gaskins, senior vice president of merchandising and procurement for convenience store chain Yesway. "Use your data to make more effective decisions." At the same time, data itself isn't everything.

"The most overplayed word out there is data. The truth is, it's not data; it's what's actionable," Walters stressed. Identifying actionable information such as which customers who have been to the pump but not come inside, or lapsed in-store customers, can let retailers decide on the right action to draw them in.