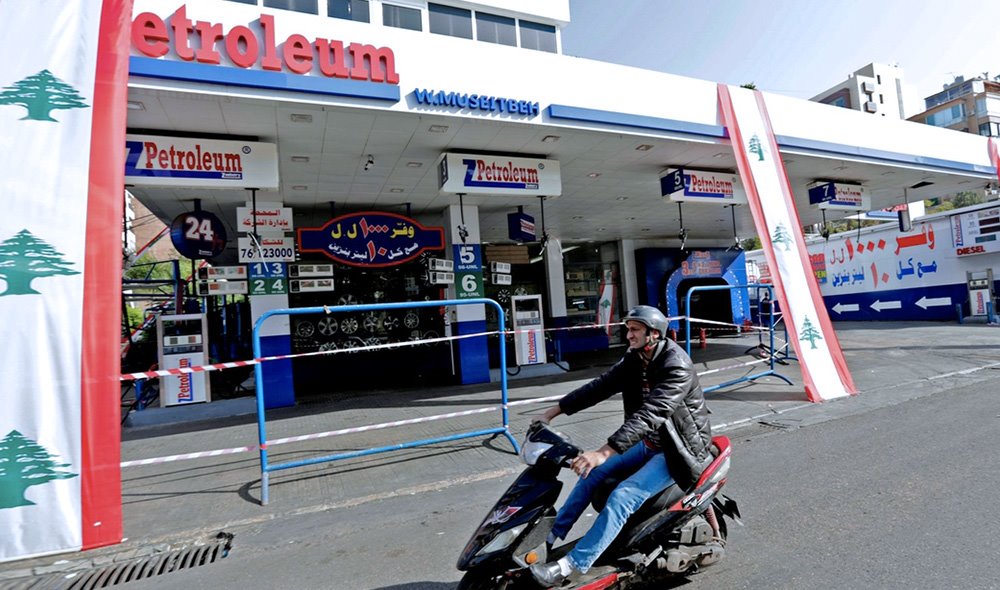 Many petrol stations across Lebanon have closed after owners said they would not order more fuel because of restricted access to US dollars. The shortage comes with a financial crisis that has driven more than three weeks of mass protests.

In Beirut, several petrol stations were closed while others rationed their sales, state-run National News Agency reported. One driver said he had to go to several places to fill his tank. Most stations in the northern province of Akkar were closed, causing a rush at those that were still open.

“The petrol crisis in Akkar has started to pose a threat to daily movement in the province,” the NNA reported. Shortages also prompted fuel stations in the southern city of Tyre to close.

In the eastern Bekaa region, some fuel station owners illegally increased prices by 25 per cent. The price of fuel is fixed every week by the Energy Ministry and varies with oil prices.The unions of petrol station owners and fuel tanker operators said they would sell their stock but would not order more because of the extra costs brought on by the scarcity of US dollars.

One fuel importer told The National that the country’s fuel stocks would run out in 10 days if imports stopped completely. “There is a shortage. We are selling less than the demand,” he said.

A representative of the association of Lebanese petroleum importing companies did not respond to a request for comment. Like most Lebanese businesses, petrol station owners must pay importers in dollars but sell locally to their clients in Lebanese pounds.

Since this summer, they have been forced to exchange their dollars on the black market, where the exchange rate is about 10 per cent higher than the official rate, because the central bank has restricted access.

Combined with regional instability, Lebanon’s struggling economy has caused cash flow to the country to dry up. After petrol station owners went on a one-day strike late September, the government promised that the central bank would guarantee their access to dollars at the official exchange rate.

This arrangement was also extended to medicine and wheat imports. But petrol station owners said that in practice, the central bank only guaranteed 85 per cent of their demand for dollars, obliging them to buy the rest on the black market.

The fuel importer and Sami Brax, head of the union of petrol stations, said they did not know why the central bank was not providing their full dollar requirement. The fuel shortage has caused an open dispute between petrol station owners, fuel importers and the Energy Ministry.

Station owners say the ministry is blaming them for the crisis while not keeping its promises to support them.

They have also criticised importers for insisting on being paid fully in dollars rather than accept 15 per cent in Lebanese pounds. Despite the petrol stations refusing to buy more stock, importers said they would keep bringing fuel in. Lebanon’s eight fuel importers said four of them were receiving shipments.

This means that petrol stations run directly by importing companies will keep selling fuel but those operating as franchises might not, the importer said. He estimated that only a fifth of petrol stations are run by importers.

The importer said only a few of his colleagues had been able to open letters of credit with their banks to secure their imports, one of the conditions imposed by the government to receive dollars at the official exchange rate. Through the letter of credit, the local bank guaranteed payment should the importer default, but it first must be confirmed by an international bank accepted by the fuel supplier.

Lebanese banks are having trouble obtaining this confirmation as the country sinks deeper into a financial crisis, the importer said. International rating agency Moody’s downgraded Lebanon’s three largest banks further into junk territory, two days after lowering Lebanon’s sovereign rating, saying the increased likelihood of a debt rescheduling it would classify as a default.