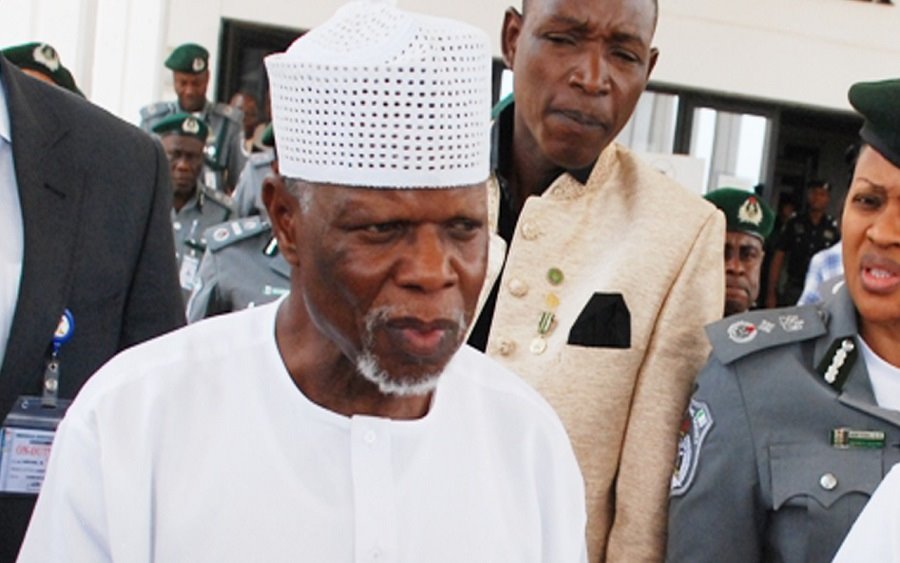 The Nigeria Customs Service (NCS) has suspended the supply of petroleum products to filling stations within 20 kilometres of all the nation’s borders.

The Public Relations Officer (PRO) of the service, Mr Joseph Attah, said the directive was to check proliferation of petroleum products smuggling to some neighbouring countries. NAN reports that in April, the NCS, Nigerian National Petroleum Corporation (NNPC) and Department for Petroleum Resources (DPR) met and resolved to set up joint committee to address smuggling of petroleum products to neighbouring countries.

The Comptroller-General of Customs, Col. Hameed Ali (pictured above) said the meeting was to address the disturbing situation of smuggling of petroleum products outside the country. Ali disclosed that after briefing by the heads of NNPC and DPR, they resolved to set up a joint task force comprising Customs, DPR and NNPC to tackle the problem head on.

He said that with the collaboration, licensed filling stations sited along the borders would also be monitored. “This collaboration is important, we have the force but we need intelligence and information sharing to deal with this menace, we need a real time intelligence to nip this in the bud. “We have 4,070 kilometres borders and it has been a challenge managing these borders effectively, and this underscored the need for us to collaborate with agencies like NNPC and DPR,’’ Ali explained.