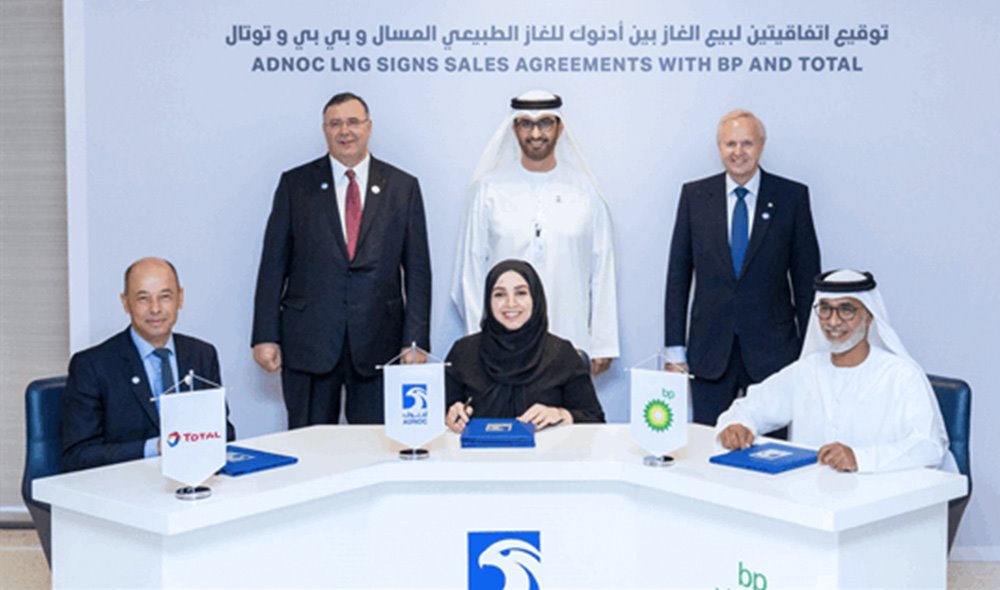 ADNOC reported that it has signed supply agreements with units of BP plc and Total S.A.

In a written statement emailed to Rigzone, the firm noted the supply deals effectively book out the majority of its liquefied natural gas (LNG) production through the first quarter of 2021 and gives its ADNOC LNG subsidiary access to new markets.

“With these new supply agreements, ADNOC LNG has shown that it can react quickly and decisively to changing market conditions while ensuring the security and quality of delivery,” stated Fatema Al Nuaimi, CEO of ADNOC LNG. “With the support of our shareholders, we have maximized access to new markets with strong LNG growth potential.”

“We have also successfully demonstrated our ability to shift from one customer to multiple customers while maintaining our plant’s high reliability and accepting ships from different customers at our jetty,’ continued Al Nuaimi. “We continue to deliver on time, with the right specification, quality and agreed amounts.”

ADNOC called the supply agreements with BP and Total “milestones,” applauding ADNOC LNG’s success in transitioning to a multi-customer marketing strategy implemented in April of this year.

“BP is delighted to have concluded this LNG supply agreement,” Robert Lawson, BP’s chief operating officer for Gas, Integrated Supply and Trading, commented. “We are very pleased to have secured this new multi-year supply agreement.”