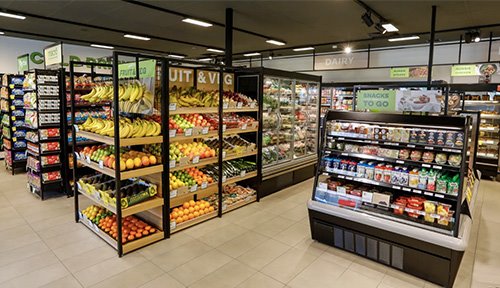 Located in North Ryde, New South Wales, the Caltex Woolworths Metro store is slated to be the first of 250 to roll out across the country as part of a fresh focus on convenience retail.

The stores will be similar to Woolworths' existing Metro stores, effectively acting as mini-supermarkets with a selection of fresh fruit and vegetables, convenience products, non-perishables and hot food, including the classic roast chook.

Self-serve checkouts will also be included.

Woolworths wholesale general manager Ian McDonald told The Age and The Sydney Morning Herald the supermarket-style selection would set the retailer apart from its peers. "We've got over 1000 full products in here, more than you would find in a typical petrol and convenience outlet," he said.

Luxury department store David Jones announced in August it would be partnering with oil giant BP to roll out 10 David Jones branded sites in Sydney and Melbourne, offering primarily ready-made and packaged meals.

These pairings are reminiscent of BP's food partnership with Marks & Spencer in the UK, a highly successful combination that has seen the two companies roll out more than 200 locations since 2005.

North Hyde is the first location to launch, which will be followed by a Kingsford site set to open later this month. The third site will be in Melbourne, opening in early 2020, with an eventual plan for 250 locations.

"2020 is really a year of piloting and ensuring we're putting the right offer in the right place," Jo Taylor, Caltex’s executive general manager of convenience retail, said. "We have eight to ten pilot sites across Sydney and Melbourne opening over the next year, and we'll use the learnings from that to build our rollout plan."

Woolworths has been pushing into the convenience space more aggressively over the last few years, with the company operating 43 Metro stores across the country, with plans to open an additional 15-30 in the medium term.

Caltex will own and operate the sites, which will also feature concessions from other quick-service food providers such as Boost Juice.