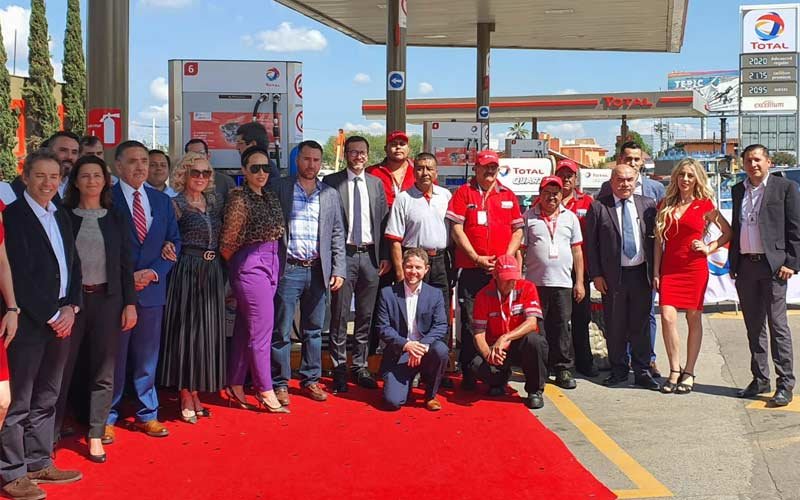 Total has also just opened its first branch of its BONJOUR stores at the TOTAL Olímpica gas station, Guadalajara; in which users will find a comforting space to take a break from city traffic, enjoy a range of exquisite pastries, free internet and a world of accessories and tools for vehicles.

The Directing Group of Total México, headed by its General Director Marie Djordjian, the Director of the Service Station Network in Mexico, Laurent Tissot and the Deputy Network Director in charge of the commercial development Cuauhtémoc Íñiguez made the symbolic ribbon cut at the service stations, together with the President of the Combugese Group, SAPI de CV, a solid local business partner, which reinforces the commitment of the French company with Mexican business and labour to boost the growth and development of the national economy, and in this case, the state of Jalisco.

“By the end of 2019 we will be able to have 25 stations operating in Jalisco, plus an expansion agreement for the next four years,” said Marie Djordjian, General Director of Total Mexico. These stations are part of the 250 stations in total planned for 2019.