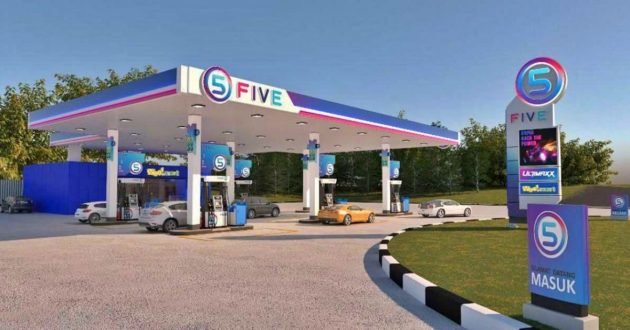 Five Petroleum Malaysia has officially announced the launch of its brand in the country with the opening of its first petrol station in Kalumpang, Selangor, which also marks the debut of its Ultimaxx range of fuels and integrated Woo! Mart convenience store.

While Five will be managed by the same team from Seng Group, its Ultimaxx fuels are not sourced from BHPetrol. In its press release, the company stated that it had secured a contract from Petronas as its fuel supplier.

The company estimates that it will eventually have more than 200 stations nationwide, with the introduction of these to be done in stages. Although no timeline was mentioned, the first stage will involve around 30 to 40 stations, but these will be located outside of the Klang Valley, with future phases eventually bringing the brand into major cities.

Five said it will offer customers a hassle-free fuelling experience with a new mobile application, which will enable cashless payment as well as rewards and loyalty features integrated into the app.

Established in 1971, Seng Group operated Esso and Mobil stations when the brands were present in Malaysia, and the group of companies also provide operating solutions to petrol station operators, including the construction of new stations. Five Petroleum added that it would be able to create new enterprise opportunities by offering smaller and easier station setups for new entrepreneurs.