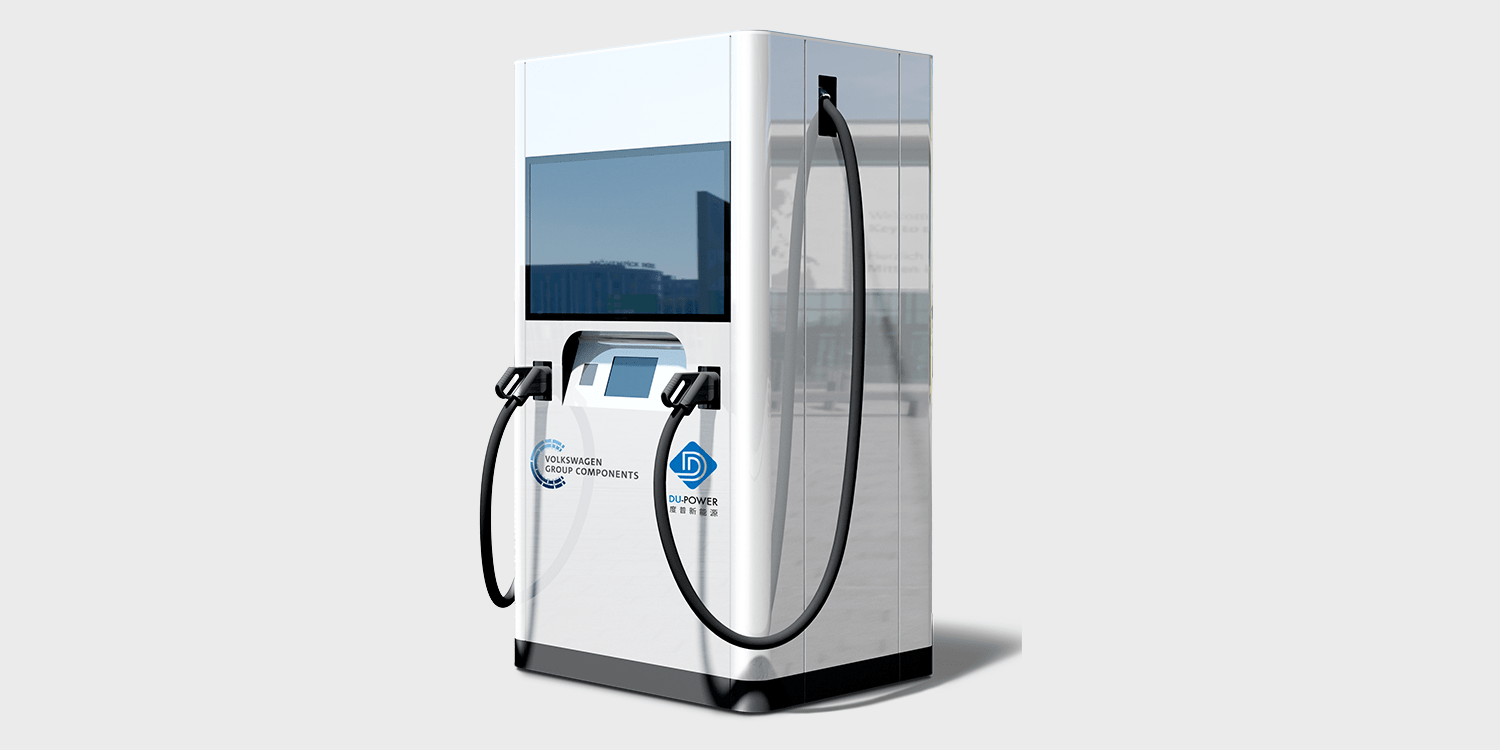 Volkswagen is bringing its flexible (ie semi-mobile) fast-charging (HPC) stations to China via a joint venture. A date for the planned start of production has also been set but the approval of the authorities for the joint venture is still pending.

Volkswagen Group Components and the startup Shanghai DU-POWER New Energy Technical intend to jointly produce the charging solution in China. A corresponding agreement has been signed by representatives of both companies. Series production of the flexible quick charging station is planned for the second half of 2020.

Each partner, the German car making giant and the Shanghai startup are to hold 50 per cent of shares in the joint venture. The “necessary official approval procedures, including merger control” are still pending. The new company is to be located in the Suzhou Wuzhong Economic & Technological Development Zone near Shanghai.

In Germany, the high-speed chargers are to be built at the components plant in Hanover. Volkswagen first made the principle of its mobile rapid charging stations with battery storage available to the public at the beginning of 2019: According to the study, by coupling the charging station with a battery, it will be possible to “install ultra-fast charging stations almost anywhere and at significantly more attractive conditions without civil engineering or grid connection”.

Thomas Schmall, CEO of Volkwagen Group Components, describes the planned joint venture as “an important milestone on the road to electromobility”. “A nationwide charging infrastructure is the key to the success of e-vehicles,” says Schmall. “The innovative concept of our flexible rapid charging station offers great potential in China, not least because of the rapid growth of electromobility”.

Previously Volkswagen called the HPC units “mobile”, now they are being called “flexible”. With battery storage of up to 360 kWh, the charging station is relatively heavy, and with its integrated storage, it is also significantly larger than a comparable charging station with 150 kW.

On the other hand, it can be operated for a certain time completely without mains connection or ideally connected to an available low-voltage connection – in this way the battery is fed via a CEE connection (16 to 63 amps) and serves as a buffer. In this way, the charging process of up to 150 kW is decoupled from the mains supply, thus relieving the load on the grid at peak times.

In Germany, the charging stations are to be marketed jointly with the energy group E.ON under the name E.ON Drive Booster. The two partners expect particular interest in Germany from municipal utilities and local authorities as well as from filling stations and service stations.

In addition, the product range is tailored to the electrification of retail car parks and to logistics companies such as parcel services. VW has not yet mention similarly concrete scenarios for China.