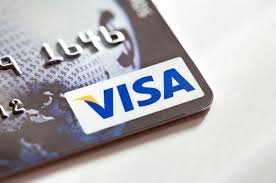 Merchant associations representing tens of thousands of U.S. merchants sent a letter to Visa CEO Charles W. Scharf and CEO-Designate Al Kelly in response to a declaration by the Federal Reserve that the technical specifications and rules provided to merchants as part of the EMV migration violate federal law.

Just this week, Visa disclosed that the Federal Trade Commission was investigating Visa's rules related to routing. The letter states that the Fed declaration came in response to "willful steps taken by Visa to circumvent merchants' legal right" to choose the network over which a debit transaction will be routed.

The associations asked VISA to immediately respond with steps to remedy this issue.

"The roll out of EMV technology has been woefully mismanaged by the card networks. On behalf of millions of merchants and their customers across the United States, we urge you to present a clear and speedy process for resolving this issue that ensures merchants face no additional costs while they remove these non-compliant, confusing customer checkout screens."

"The free market principle of merchants choosing network services and providers is critical to ensuring competition in the debit market," wrote the signers. "Visa used its overwhelming market share to impose their proprietary EMV chip technology that stifles competition."

The letter maintains that the Federal Reserve's recent clarification "calls into question the continued legality of a host of Visa's rules and practices that compelled merchants to install and configure terminals that presented cardholders with a routing option that was limited to Visa and would eliminate merchant control of routing."