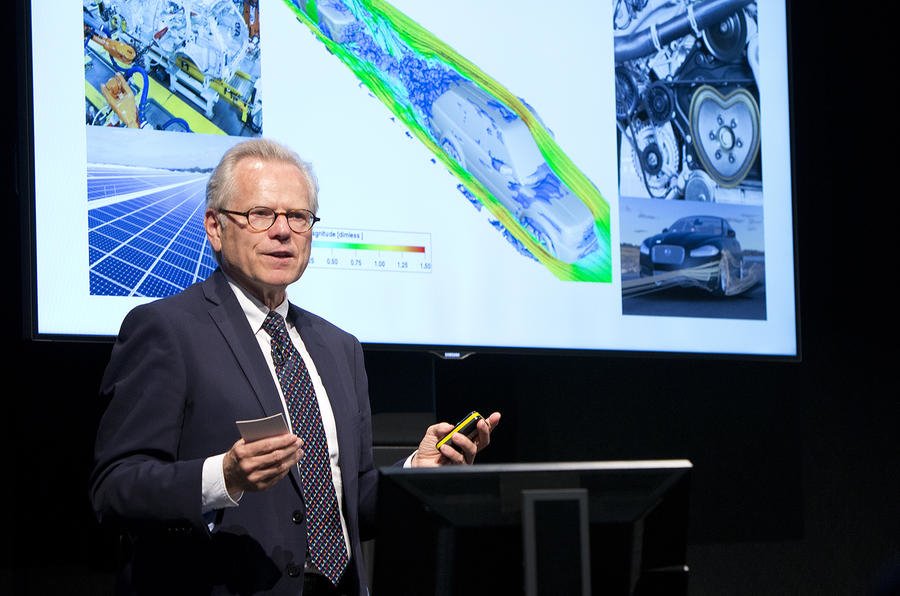 Ziebart, who was appointed by JLR boss Ralf Speth in 2013 to orchestrate the development of the company’s I-Pace battery electric vehicle, said hydrogen did not make sense as a fuel for electric vehicles due to its inherent poor efficiency.

“The well to wheel relationship from the energy source to the vehicle is a disaster,” he said. The process of producing the hydrogen and then compressing and cooling it for use in a fuel cell vehicle uses a great deal of energy.

“Also, you have to consider the fact that the battery itself has a high efficiency of around 90% or so.” “This is the most important argument. The other stuff – for example, the infrastructure for hydrogen fuel cell refuelling not being developed yet – that can be overcome. If there was a strong reason to have a hydrogen infrastructure, then I think it would be set up, but with this disastrous well-to-wheel relationship, it doesn’t just make sense.”

Ziebart conceded that hydrogen production “makes some sense if you just want to get rid of energy”. This is particularly applicable in Germany, which often ends up with a power surplus in the electricity grid because it has a lot of coal power plants that cannot be easily adjusted to control the energy production.

“In Germany we have a so-called ‘power to gas’ (P2G) initiative as the German electric grid is very inflexible,” he said. The P2G initiative converts excess electrical energy into hydrogen gas.