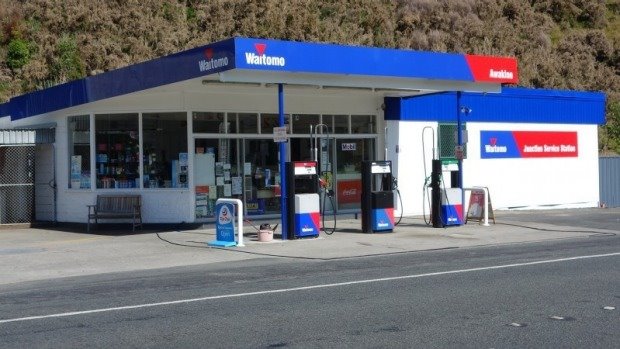 Located on State Highway 3 in Awakino near the border of North Taranaki, the Waitomo branded service station is the only fuel stop for a 110 kilometre and its up for grabs!

Valued at $600,000, the station has been put on the market as the owners said the timing was right to sell up. "We couldn't do what we wanted with the place and now's the best time to put it on the market," they said.

"We wanted to put in a cafe. But we're in a 100 kmh area and would need a carpark." The owners say it would have cost them $100,000 to build a place for visitors, so they've decided to sell.

The property is owned by 10 farmers, who bought the station in 2007 rather than see it closed down. A three bedroom house is included in the sale.