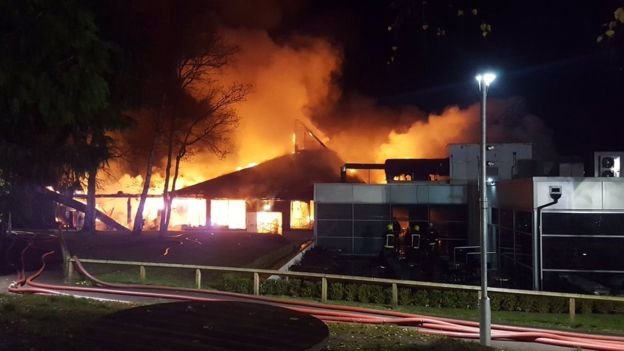 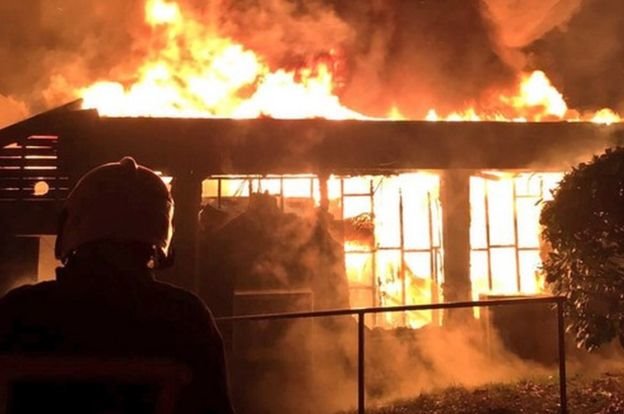 The blaze erupted at the very busy Fleet services on the M3 going from London to the south coast, at 22:30 GMT on Wednesday, leading police to temporarily close the southbound lanes.

Fire and Rescue Service said 100 firefighters were sent to the scene. The fire was brought under control in the early hours. No-one was injured.

He said: "The fire was very intense and spread to other parts of the service area but thanks to the hard work of the crews we've managed to save sections and some will be able to re-open."The fire service said an investigation into the cause of the fire was underway. 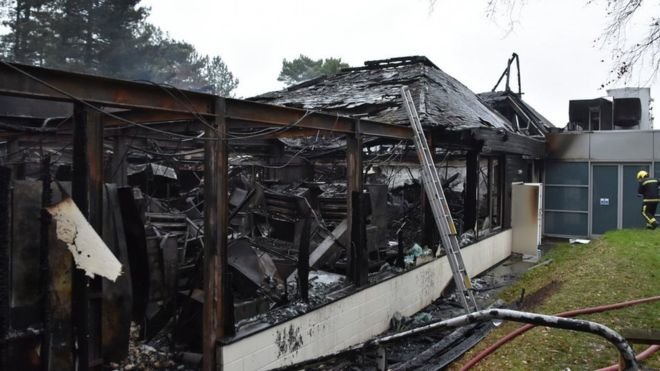 Welcome Break's Rod McKie, which owns the site said the rear of building had been destroyed. He said the company hoped to re-open the fuel forecourt and temporary retail facilities would be on site by the end of Friday. Fleet North remains fully open