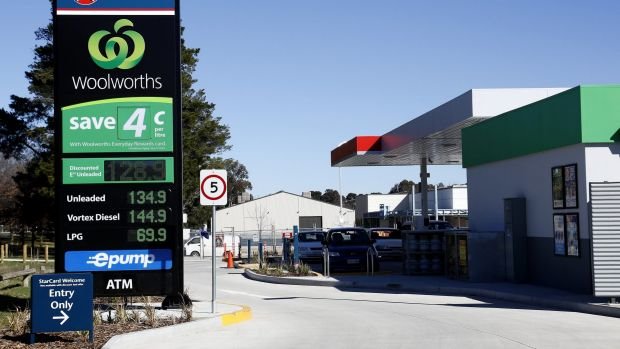 BP PLC announced on 27 December that it has agreed to buy the Australian fuels business of Woolworths Ltd. for 1.79 billion Australian dollars ($1.29 billion), in the latest move by the British oil company to rebuild following the deadly Deepwater Horizon disaster.

It comes in a month when BP has already agreed to a near $1 billion investment in a vast natural-gas field off the coast of Africa and a $2.2 billion all-share deal for stake in a parcel of U.A.E. oil fields.

These deals suggest that BP is looking to expand after assessing the financial toll of the 2010 Gulf of Mexico well blowout that killed 11 people, caused an environmental disaster and forced the company to shrink significantly.

BP sold about $50 billion in assets to help pay for the cleanup and legal costs that ultimately totalled more than $60 billion, only to be hit by a sharp slump in oil prices that took hold two years ago and compounded the company’s financial woes. Its daily production shrank to 3.3 million barrels of oil equivalent a day in 2015, down from four million a day in 2009.

Still, BP’s decision to buy more Australian gas stations marks a different approach to several large competitors, which have sold retail and marketing arms in Australia to focus on exploration and production businesses that they believe offer better returns.

Woolworths—the operator of Australia’s largest supermarket chain—said in September that it was considering the sale of its fuels business, and that several companies had made conditional bids. Caltex Australia Ltd., which is the sole supplier of gasoline and diesel to Woolworths, confirmed its interest in a deal the following month.

Woolworths said it has agreed to a strategic partnership with BP that includes maintaining discounted fuel prices to customers who also shop in its supermarkets and an expanded loyalty program. Woolworths also plans to roll out a new convenience-store format at the gas stations.

Still, some analysts had speculated BP should make a bid for Caltex Australia rather than pursue a deal with Woolworths because it would have gained access to import infrastructure and a distribution network, as well as more gas stations.

Following the annocunement Woolworths shares jumped by 14 cents, or 0.58 per cent, their highest level in two months.