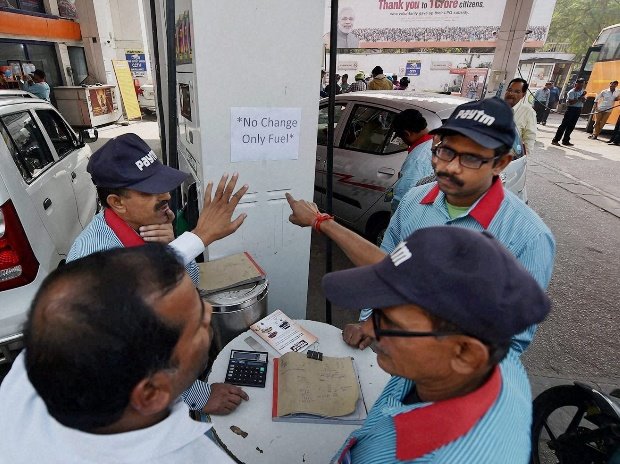 Petrol pump associations have deferred their decision of not accepting debit and credit cards for fuel purchase till 13 January.

Minister of Petroleum and Natural Gas Dharmendra Pradhan said that the government is negotiating with banks and oil marketing companies. "Surcharge will not be imposed on customers as well as on petrol pump owners," he said.

Earlier, the petrol pump associations had said they would stop accepting debit or credit card payments from Monday in protest against the one percent transaction fee imposed by banks.

In what could be seen as an apparent attempt to capitalise on the surge of digital transactions at petrol pumps, post-demonetisation, several banks had earlier decided to levy a one percent transaction charge on the dealers on every purchase made.

To promote cash-less transactions, the government had waived the Merchant Discount Rate (MDR) on fuel purchase post-demonetisation for consumers. But after the expiry of the 50-day window, the banks have decided to levy MDR on petrol pump owners.

"Unfortunately, the circular has no reference to credit card charges or for not passing the same to the customers. We feel that HDFC Bank is using this as an excuse to improve their bottomline through transactions at fuel stations," he said.

"We have specific mechanism to compute the margin and these do not have any scope for credit card MDR. This will lead to financial losses for the dealers," he had said, adding that credit card machine issuers are also delaying settlement of dues.

Also, there are disputes about purchases being returned or not delivered. "In a retail outlet, there is no scope for returns or not being delivered a product once you have paid for the same. The reconciliation of swipes to amount being credited to our accounts is causing a lot of hardship and losses to a large percentage of the dealer community."

The banks' move was also being seen as an opportunistic way of driving profits out of the increased rate of digital transactions, however, given the petrol pump dealers' protest, it will inadvertently hit the consumers who are still scrambling for cash, with the withdrawal restrictions still in place, and the government's push to a cashless economy.

However, even as the dealers reported that they have received correspondence from ICICI Bank, HDFC Bank and Axis Bank, in this regard, ICICI bank has denied levying any surcharge according to The Times of India. "We will not charge any transaction fee on card payments from Monday," the newspaper quoted an ICICI Bank spokesperson as saying.

The Times of India report further stated that ICICI Bank and HDFC Bank "account for some 60 percent of POS machines deployed at over 52,000 petrol pumps out of the 53,842 public sector fuel retail outlets across the country. There are 56,190 petrol pumps in the country, including those run by private oil companies."

Earlier, reports of the protest had surfaced from Karnataka and Tamil Nadu, with the petroleum dealers associations of the two states pledging to protest the extra charges. However, now, more than two thirds of the petrol pumps across the country have joined in the protest and have declared that they will not accept digital payments until the banks withdraw the extra charges levied on their already 'paltry margins.'

The report further stated that the charges levied can abrade more than a quarter of petrol pump dealers' revenue as a one percent excess charge could essentially mean 30 to 40 percent of gross dealer margins on petrol and diesel respectively.