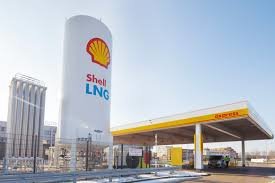 Royal Dutch Shell PLC said Monday there is no evidence of a glut in liquefied natural gas supply, taking a contrarian view on a market in which the Anglo-Dutch energy giant is one of the largest operators.

In its new LNG outlook, Shell said demand for the supercooled natural gas kept pace with a strong increase in supply last year, dismissing concerns that a wave of giant projects coming into production is swamping the market.

"There's been a perception and quite a few headlines of the LNG market being oversupplied," said Maarten Wetselaar, Shell's head of integrated gas. "In 2016 you didn't find any proof of that."

The company has doubled down on LNG, following its acquisition of BG Group last year. The deal was a roughly $50 billion bet, staking the company's future on natural gas and huge deep-water prospects offshore Brazil.

Shell is gambling that demand for LNG will grow strongly in coming years, benefiting from government policies that favor lower-carbon fuels. It is projecting natural gas consumption will rise by 2% a year between 2015 and 2030, and demand for LNG will increase at a rate of 4%-5% a year.

That increased demand is expected to mitigate the effect of new projects scheduled to bring vast new supplies, with just over a third of anticipated new volumes already up and running.

"What's different to many people's expectation is we've seen an equally strong demand growth--potentially even a more strong demand growth," said Steve Hill, vice president for gas trading . "That's a key message because we still keep reading about the oversupply in the industry and we just don't see it."

The company said there is a need for investment in new LNG projects to meet demand in the years after 2020 as global consumption is expected to continue to grow.