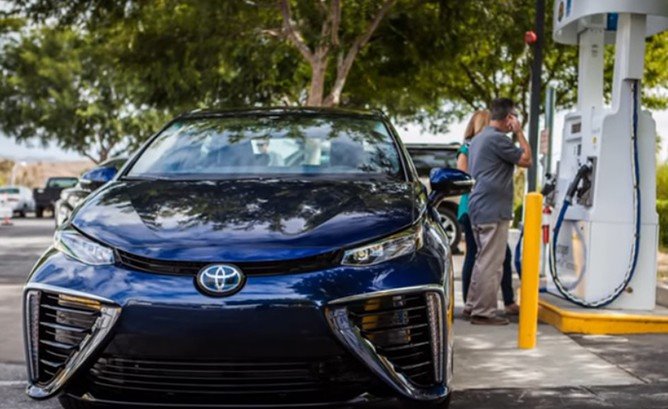 Shell and Toyota are partnering to add seven new hydrogen fuelling stations in California as both companies look to make plans for a petrol free future.

The announcement is part of California’s zero emission vehicles and greenhouse gas reduction campaign, with an expected 100 retail hydrogen stations to be in place by 2024.

Green Car Congress reported this week that the California Energy Commission has selected 15 new hydrogen stations for up to $31.7 million in combined funding, and one connector station project for up to $1.5 million in funding. Seven of the stations are coming from the Shell and Toyota project, and the remaining eight will be placed by First Element Fuel.

Automotive News reported that CEC had been considering $16.4 million in grants toward the Shell and Toyota stations, with the two companies contributing $11.4 million.

For Toyota, manufacturing the Mirai fuel cell car and supporting hydrogen stations is part of its strategy to stop making traditional-engine models by 2050.

Shell says that it sees oil demand and production diminishing. While being interviewed in November, Shell CFO Simon Henry said that demand is expected to peak in about five years.

The company has six hydrogen stations in place – four in Germany and two in the Los Angeles area, and will open a seventh near London’s Heathrow Airport later this month.

Shell is part of a global hydrogen council that formed last month and included Toyota, Total SA, Liquide SA, and Linde AG. The group will be investing about $10.7 billion in hydrogen products within five years.

“Shell wants to be in the forefront of this technology,” said Oliver Bishop, general manager for hydrogen.

As critics such as Tesla CEO Elon Musk have been stating, fuel cell cars, hydrogen production, and constructing enough fuel stations, is an extremely lengthy and expensive proposition.

Shell sees partnerships with public and private entities essential for it to work. The complexities of producing, storing, and delivering hydrogen requires “the support of governments and of car companies like Toyota to make it work,’’ Bishop said.

California has a long way to go, with 25 of the hydrogen stations in place so far. There are more hydrogen stations being added on the east coast. Hydrogen network projects are moving slowly along in Europe and Japan, but the lack of fuelling infrastructure has always been a concern.