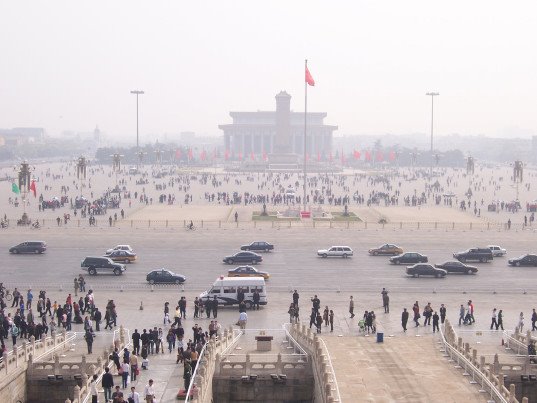 China is throwing its policy toolbox wide open in an all-out effort to sustain leadership in electric vehicles. And to make sure that Chinese companies win a dominant share of future EV sales.

This week the City of Beijing announced plans to transform its entire taxi fleet to electric propulsion. Within 5 years, electric cars and SUVs will replace the 70,000 gasoline and diesel-fueled taxis now cruising the streets of the capital.

Beijing is not the first city to mandate electric taxis. Shenzhen, the booming tech city of 10.8 million across the border from Hong Kong, declared that all new taxis entering the fleet will be electric. The changeover starts this year.

Taiyuan, located in North China at the center of China's coal country, is on track to make all city taxis electric by 2021.

China is already the world's leading electric vehicle market by a wide margin. In 2016, China EV sales reached 507,000 units, more than double the level in Europe (221,000) and almost four times the US number (157,000). China EV sales are expected to climb to 700,000 this year, according to the China Association of Automotive Manufacturers.

China is making success in electric vehicles a national priority for three reasons:

• Reduce Dependence of Foreign Oil. China now leads the world in oil imports, having surpassed the US in 2015. Driving that demand for oil is an insatiable appetite for new cars. Chinese bought an astonishing 27.5 million vehicles in 2016, 50 percent more than Americans who bought a near-record 17.5 million cars and trucks. China is eager to avoid the political quagmires of the Middle East that have proven so painful to the United States. Leaders in Beijing see electrics as a path to greater energy independence.

• Improve Air Quality. Air pollution in Chinese cities ranks among the worst on the planet. Seven of the world’s ten most polluted cities are in China, according to the Asia Development Bank. And fewer than 1 percent of China’s top five hundred cities meet the air quality standards set by the World Health Organization. Chinese leaders are genuinely worried. Middle class Chinese are clearly unhappy about the smog. Their concerns could trigger widespread social discontent, even upheaval.

• Take Leadership in a Key Emerging Technology. For decades, Chinese have worked hard to wrest conventional diesel and gasoline engine technology away from global automakers through tech transfer agreements. Alas, the global automakers have been reluctant to hand over their technical crown jewels. China has been playing a frustrating game of perpetual catch-up. Now, the still-emerging battery and electric vehicle technologies open a door to outright technology leadership for Chinese companies.