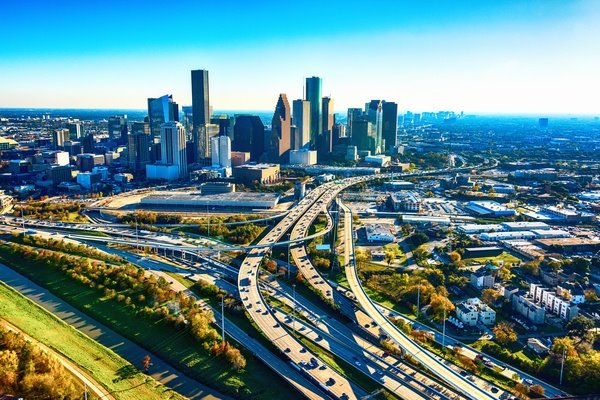 Houston Mayor Sylvester Turner, also the newly appointed chair of Climate Mayors, announced a partnership between BP, Uber and the City of Houston to explore the planning and deployment of BP’s rapid electric vehicle (EV) charging hubs to help the city’s Uber drivers make the transition to EVs.

The groups will identify potential locations in Houston to support distribution of the charging hubs, with a focus on deploying a "convenient and equitable" network of charging stations available to the public.

The pilot will seek ways to bring EV charging to underserved communities and "ensure proportional distribution of infrastructure and resources," according to the announcement.

The pilot program is designed to support EVolve Houston's goal to achieve 30% EV adoption by 2030 and the city's Climate Action Plan, in addition to supporting Uber’s goal to become a zero-emission platform by 2040 with 100% of rides taken in a zero emission vehicle, on public transit or using a micro mobility device.

The partnership represents Houston’s latest move to position itself as the "energy transition capital of the world." Vehicle electrification is a key component of the city’s plan to transition to clean energy and improve community health, as about half of the area’s greenhouse gas emissions stem from the transportation sector, according to Houston Chief Sustainability Officer Lara Cottingham.

If the city were to electrify its transportation system by 2050, it would save 148 lives; prevent 3,333 asthma attacks; and spare $1.7 billion annually, according to the American Lung Association. "It’s really exciting to see that even in the middle of the pandemic, we’re moving sustainability and climate actions forward," Cottingham said.

Houston is the first North American city to partner with BP and Uber on the EV charging effort. Uber and BP have worked with Uber drivers in London previously, and can apply some learnings from that initiative in Houston, according to Uber’s Director of Transportation and Cities Policy Shin-pei Tsay.

The company conducted an analysis in London, for instance, finding that a "historic demand" for charging could be in lower-income neighborhoods, areas that might otherwise not be considered great markets for EVs, according to Tsay. And public slow-charging stations in residential neighborhoods could be a solution for individuals who don’t have garages, she said.

One of the anticipated challenges of the partnership also includes the cost of EVs. "It’s really hard for Uber drivers to get to make that first purchase for an electric vehicle," Tsay said.

Uber has pledged over $800 million in resources to incentivize hundreds of thousands of its drivers to make the transition to battery EVs by 2025.

Some of that money will be used to encourage Uber drivers to drive hybrid and EV vehicles by providing monetary incentives, and by working with car manufacturers like GM to extend "attractive offers" on EVs to drivers.

To motivate adoption of more EVs, Houston can also look at ways to incentivize charging throughout all of the city’s communities, according to Cottingham. To help promote a more equitable deployment, the city can explore opening up its properties — like airports, fire stations, parks, libraries and much more — to charging companies to place their technology in these communities, Cottingham said.

Looking ahead, Cottingham said she’s hopeful the effort in Houston could be a model for other cities, particularly as the Biden-Harris administration has supported bold climate goals "straight from the gate."