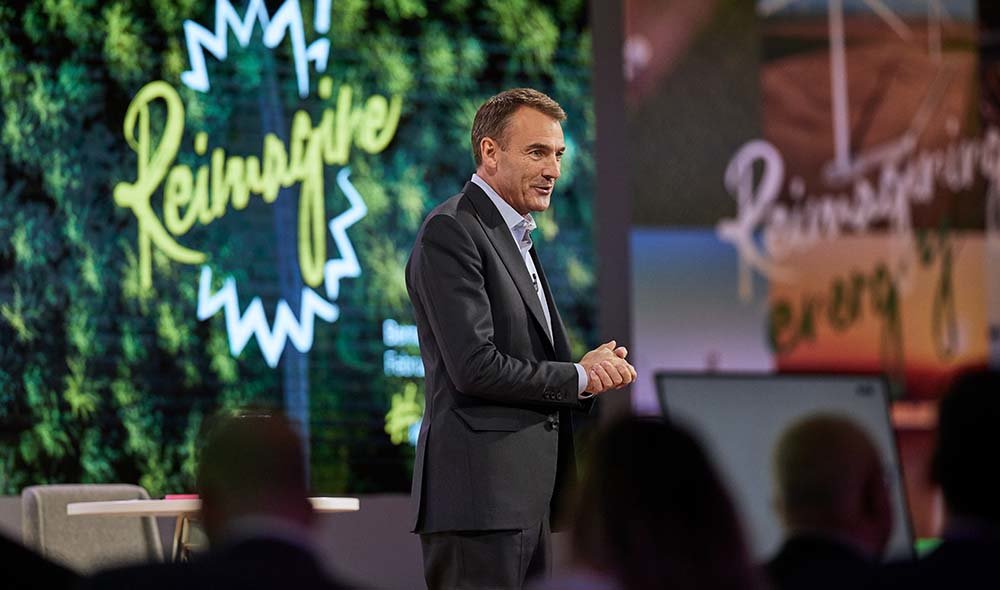 BP is launching its first share award scheme to rally its more than 60,000 employees around CEO Bernard Looney’s (pictured) plan to shift to renewable energy following a bruising year of bonus suspensions, and spending cuts.

The distribution of the shares, which will be locked for four years, will take place throughout 2021.

The cost of the program was not yet clear but BP said it would not impact its $2.5 billion cost-savings target or plans to reduce debt to $35 billion this year.

Looney, who took office a year ago, held a company-wide town hall meeting where he announced that all employees would receive shares, the first such program in BP’s history, according to a company spokesman.

“Whether you are a barista in New Zealand, a drilling engineer in Azerbaijan, a pump clerk in South Africa or an analyst in India – over 60,000 people in 66 different countries will receive a share in BP’s future,” Looney said in an internal message seen by Reuters that followed the town hall meeting. The London-based company’s shares have risen nearly 10% so far this year, lifted by stronger crude oil prices.

But over the past year since Looney took office, the shares have lost nearly 40%, hitting a 26-year low in October, due to a collapse in energy prices and a tepid reception from investors to Looney’s plan to “reinvent” the 111-year old company, shifting it away from oil to wind and solar power.

Looney has said that the share collapse highlighted the need for change, and that the focus should shift to BP’s execution of its strategy.

Last year marked one of the toughest in the industry’s history, and for BP in particular. The company plunged into a $5.7 billion loss, its first in a decade, after it slashed the value of its oil and gas assets by nearly $20 billion.

BP also laid off around 10,000 employees, or roughly 15% of its global workforce, as part of Looney’s plan to increase renewable power capacity 20-fold by 2030 while reducing its oil output by 40% in a drive to cut greenhouse gas emissions by 2050.

BP intends to offset any shareholder dilution that may result from the plan, a company spokesman said. Employees will not be able to sell the shares before 2025.

While the majority of employees will get outright shares, around 5,000 mid-management and senior employees will receive share options, which means that at the end of the vested four-year period they will only be entitled to receive gains made by the shares.

BP is also expected to return to paying bonuses to around 30,000 employees for 2021 after suspending all bonuses last year in response to the collapse in energy prices due to coronavirus, Looney said in the company-wide town hall meeting.

BP last year changed its bonus policy to be measured solely based on company performance, rather than division or personal performance.