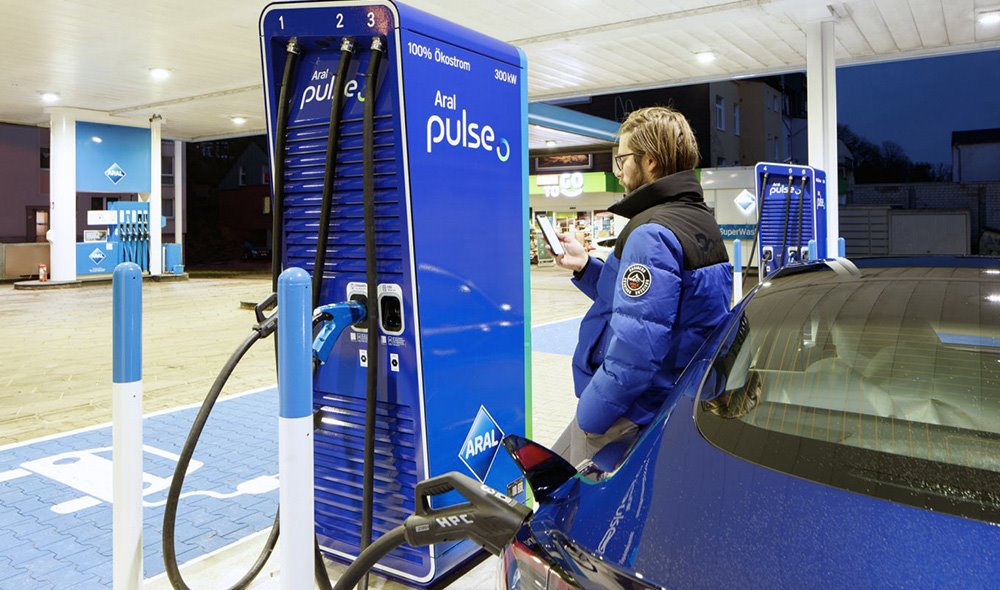 Aral is now uniting all of its e-mobility activities under its new Aral Pulse brand and says it will expand its HPC network in Germany more extensively than previously planned.

This should mean that by the end of the year, 500 charging points with up to 350 kW are to be in operation at more than 120 Aral filling stations.

Until now, Aral had promised 100 high-power charging points at around 30 German filling stations by mid-2021. This announcement was made in July 2020, but even then Aral said that the long-term plan was for “several hundred locations”.

Long-term has now apparently become short-term. “Our e-offer is picking up speed. We will quintuple the number of our charging points this year,” says Aral board member Patrick Wendeler. In view of the increasing demand for electric vehicles, the time is now ripe to also accelerate the expansion of the charging infrastructure.

The charging locations are to be distributed across Germany are as follows: around 40 locations each in the north and west of the republic, as well as around 25 in the east and 20 in the south of Germany.

As an interim stage, Aral plans to have around 100 charging points in operation at 25 petrol stations under its own management by the end of February. According to the company, they will supply 100 per cent green electricity and have a charging capacity of up to 300 or 350 kilowatts, depending on the location.

The current roll-out was preceded by a pilot project completed in February 2020, which initially involved the installation of the first five charging parks at Aral petrol stations. As there, two charging stations with two charging points each (CCS and CHAdeMO) are to be set up at each of the other locations.

In the context of Aral’s charging offensive, the company is also creating a new brand that will bundle all activities in the area of e-mobility with immediate effect.