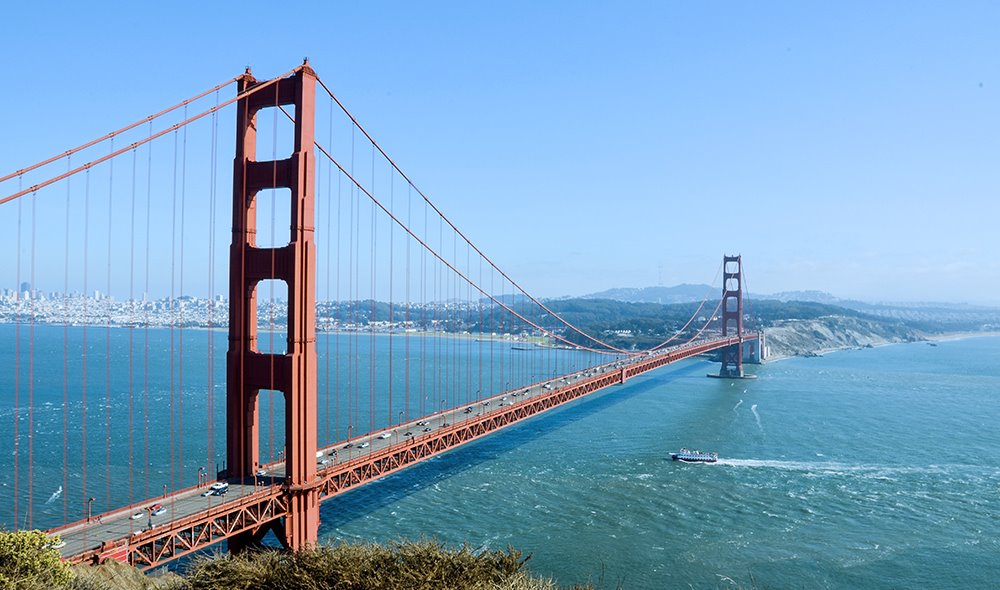 Northern Californians are taking to the open road in much greater numbers, an early signal that petrol demand may be returning a year after the pandemic paralysed the economy.

Traffic on seven toll bridges in the San Francisco Bay area rose 13 per cent in February from the prior month, data from the Bay Area Toll Authority show. The increase came after Governor Gavin Newsom lifted lifted stay-at-home orders in late January that allowed businesses such as outdoor dining and personal-care services to resume.

The boost in traffic in the nation's most populous state points to early signs of recovery for the oil market after the pandemic pushed US petrol demand down to levels not seen since the late 1990s. Mr Newsom said last week "the light at the end of the tunnel keeps getting brighter" with virus hospitalisations down and vaccinations topping 10 million; schools could begin reopening next month.

The stay-at-home orders closed most of the state, once they were lifted, "you began to see the state quickly reopen from where it was, and a lot more people were getting out and about and on the roads again," said James Allison, spokesman for the California Fuels and Convenience Alliance trade group.

Still, tollway use remains well below 2020 levels even with the recent uptick. Traffic on the bridges ranged between 11 per cent and 17 per cent below the same time a year ago. And nationally, the moving average for petrol supplied in the week ending Feb 26 at a seasonal low since 1998, according to Energy Information Administration data.

While retail pump prices are rising across the nation on the heels of the 30 per cent year-to-date increase in global crude futures, drivers in the Golden State are getting saddled with a bigger increase due to tight supplies. The state's refineries sent fuel to Arizona after last month's freeze crippled fuel-making plants on the Gulf Coast.