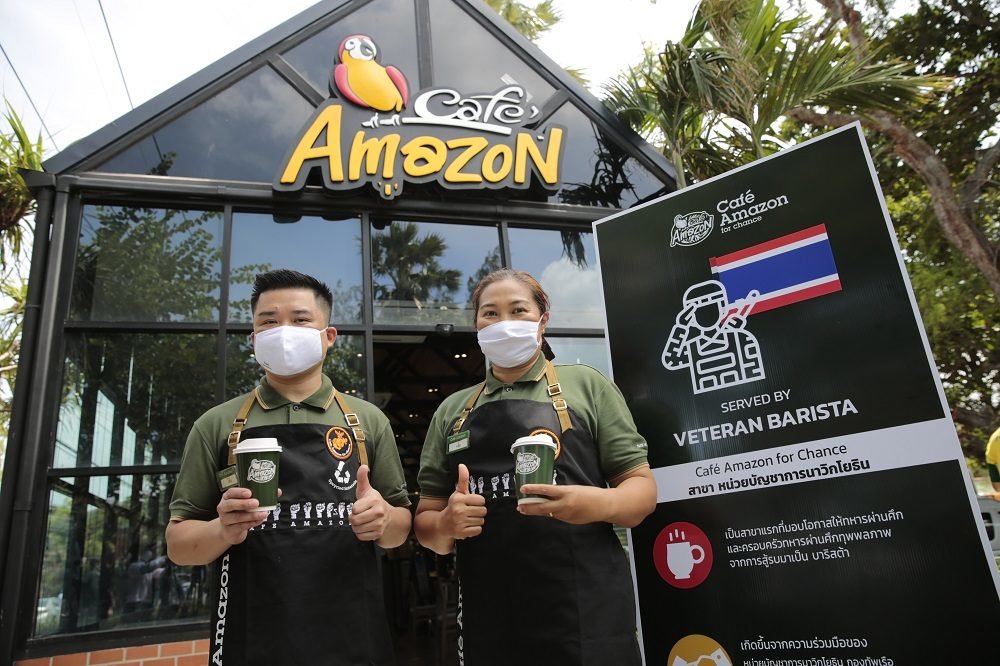 The head of Thailand's biggest fuel station network says motorists will soon be stocking up on a different kind of fuel — coffee.

That's the bet that Jiraporn Kaosawad, CEO of PTT Oil and Retail Business (PTTOR), is placing on rolling out thousands of coffee shops at home and abroad, along with other non-oil businesses, as global auto and fuel players gear up for a near future dominated by electric car growth.

A month on from Thailand's biggest initial public offering of the year, Jiraporn's plans for the Cafe Amazon business — already the No. 1 Thai coffee shop chain — present PTTOR's take on the task facing oil majors from BP to Total: how to maximise profit from fuel networks as drivers of the near future wait for their electrics cars to be charged up.

These strategies are dependent on mass-scale take-up of electric vehicles (EV), now being promoted by governments and international organisations as one key to capping and ultimately reducing the emissions that stoke climate change.

“Our investments and partnerships have to build on the company's strength, and align with consumer demand,” Jiraporn told Reuters in a recent interview. “Charging EVs takes about 20 minutes, while you wait you can have a meal, buy things in the service station.”

PTTOR's network now stands at 2,000 fuel stations across Thailand: it plans to add another 500 by 2025, and to rapidly ramp up the number that are equipped with EV charging points, to 300 by 2022 from just 30 currently. That surge will come as the Thai government seeks to implement plans to have 1.05 million EVs on the road by 2025, up from current levels of about 200,000.

To be sure, PTTOR's expansion plans beyond oil require heavy investment, with oil business still accounting for 90% of its revenue. Some point out that its dominance within Thailand won't do anything per se to further its international ambitions.

“The retail business has had a competitive advantage in Thailand,” said Maybank Kim Eng analyst, Kaushal Ladha. “This advantage of course will be significantly reduced if it goes to international markets.”

Still, PTTOR has deep pockets and strong backing. State-owned energy giant PTT Pcl retains a 75% stake in the company after it raised $1.8bn (roughly R27bn) in its listing last month.

Jiraporn said PTTOR's plan to invest 74 billion baht (roughly R35.9bn) over five years to expand will be heavily skewed towards non-oil operations, which last year carried an operating profit margin of nearly 20%, compared to a skinny 1%-2% for oil sales.

“The investment will be heavily used in the first two years,” she said, with 65% allocated to its non-oil business, overseas expansion, and new ventures, while 35% would be for oil.

Though not alone, coffee is PTTOR's best-known product line outside oil.

Cafe Amazon started out in 2002 as outlets offering coffee, cookies and other goods for motorists at fuel stations, before expanding into a 3,000-store Starbucks-like chain, including shopping mall and stand-alone outlets. PTTOR's goal is to expand that to 5,200 in the next five years, Jiraporn said.

Abroad, it operates a store in Singapore's Jewel Changi Airport as it seeks insights into adapting business for international customers. It also counts branches in Cambodia, Japan, Oman, Vietnam and China.

PTTOR's investments beyond coffee include 500 million baht for a 20% stake in an organic food restaurant, Ohkajhu, and it has announced a partnership for cloud kitchens — spaces where restaurateurs cook meals solely for delivery — with a food delivery platform Line Man Wongnai.