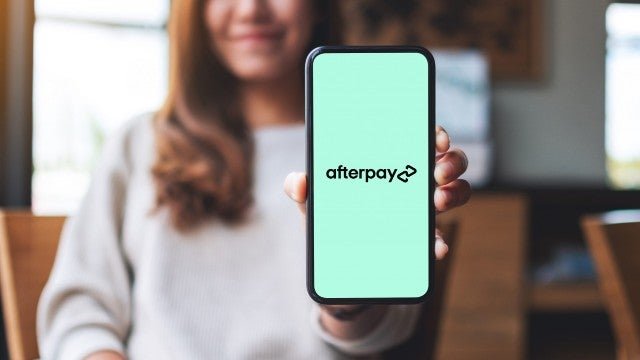 Buy now pay later giant Afterpay has released its own Afterpay Card. The contactless Mastercard will be stored in customers’ digital wallets, meaning Aussies can now tap and pay when shopping with Afterpay in-store.

The card is designed to replace Afterpay’s current barcode system, which will be phased out by July 2021.

It comes hot on the heels of CommBank announcing plans to release its own rival buy now pay later (BNPL) service from mid-2021. Like the Afterpay Card, CommBank’s BNPL offering will also include a Mastercard that will be stored in customers’ digital wallets, allowing customers to tap and pay in-store.

Here’s some more detailed information about the new Afterpay Card.

How does the Afterpay Card work?

When you’re ready to make an in-store purchase with Afterpay, you’ll need to go via the Afterpay app to open up the card. You can then tap and pay at participating stores where you see a contactless symbol.

Afterpay says the payment structure for customers using the Afterpay Card will be unchanged – purchases will still be made up of four equal, fortnightly instalments starting at the time of purchase, with late fees charged for customers who miss a payment.

Where can I use the Afterpay Card?

The Afterpay Card can only be used at stores that offer Afterpay. Afterpay currently has close to 75,000 retail partners in Australia, and you can find a list of participating stores in the Afterpay app or on its website.

This is a different system to some of Afterpay’s competitors, such as Zip and now CommBank. Zip has a partnership with Visa whereby customers can use Zip Pay wherever there is a contactless symbol, rather than just at affiliated retailers. Likewise, CommBank has said customers can use its BNPL card wherever Mastercard is accepted.

Afterpay plans to expand into the banking sector mid-year, in partnership with major bank Westpac. The deal will allow Afterpay to offer Westpac savings and transaction accounts and other budgeting tools to its millions of Australian customers.

While the Afterpay Card may make it more convenient for some people to use the service, there may be more to consider for people who are already struggling to get their BNPL spending in check.

Is Afterpay the right payment option for me?

If you already use Afterpay or another BNPL service, or you are thinking about using one, you might want to compare your options. Before committing to a particular service, it could be wise to consider any fees and charges involved, as well as whether using a BNPL service is the right option for you.

While BNPL services may be a useful budgeting tool for some people, it’s worth taking note of a November 2020 report by ASIC that revealed Australians almost doubled the amount of credit taken out via BNPL providers in the 12 months to June 2019.

It found people struggled to scrape together the funds to pay back their debts on time, missing payments for household bills, credit cards and mortgages. Some even had to cut back on meals.