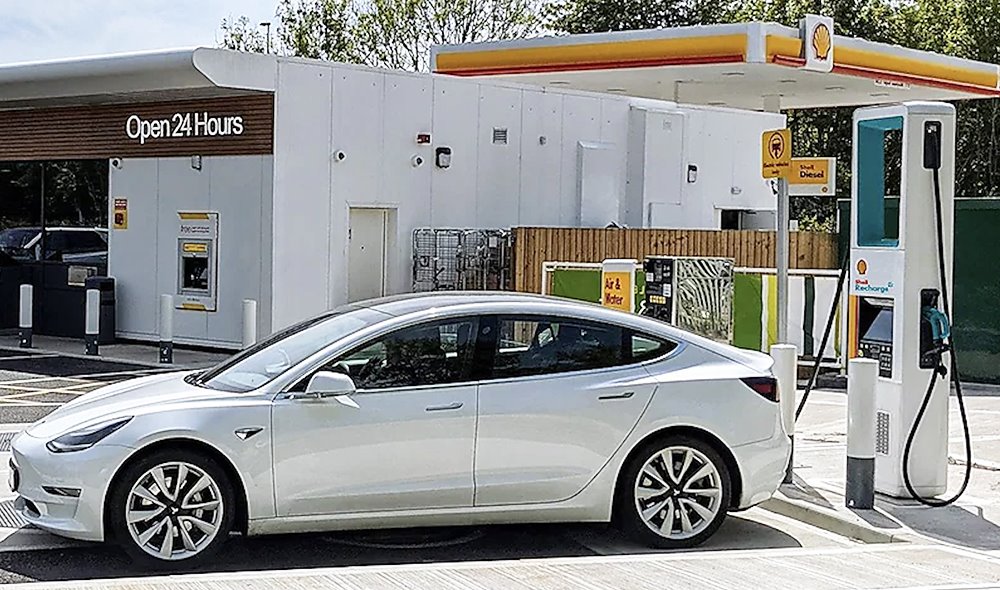 Shell plans to install 5,000 rapid electric vehicle chargers in Britain by 2025 in a bid confirm a market-leading position in the transition to clean energy.

Shell is also proposing an investment in on-street public charging points, building on its relationship with Ubitricity which it acquired in February. The plans form part of Shell’s low-carbon strategy unveiled in February which will see more than 30,000 Shell Recharge charge points by 2025. It is working with a network of 17 partners.

Shell currently has 100 “rapid” 50-kilowatt and “ultra-rapid” 150KW chargers on its forecourts in Britain. Shell Recharge locations are supplied by 100% certified renewable energy sources, that have been generated using wind, solar and biomass.

Meanwhile, Reuters reports that EU policy plans for plug-in hybrid vehicles (PHEVs), which contain an electric battery and a combustion engine, could mean the “transition” technology has a shorter lifespan than envisaged by some leading automakers.

Draft green finance regulations would ban manufacturers from labelling them as “sustainable investments” beyond 2025, potentially deterring investors. Meanwhile planned rules on emissions of pollutants like nitrogen oxides could increase the cost of producing these cars.

The aim of such reforms is to speed the transit to fully-electric vehicles and meet climate goals.