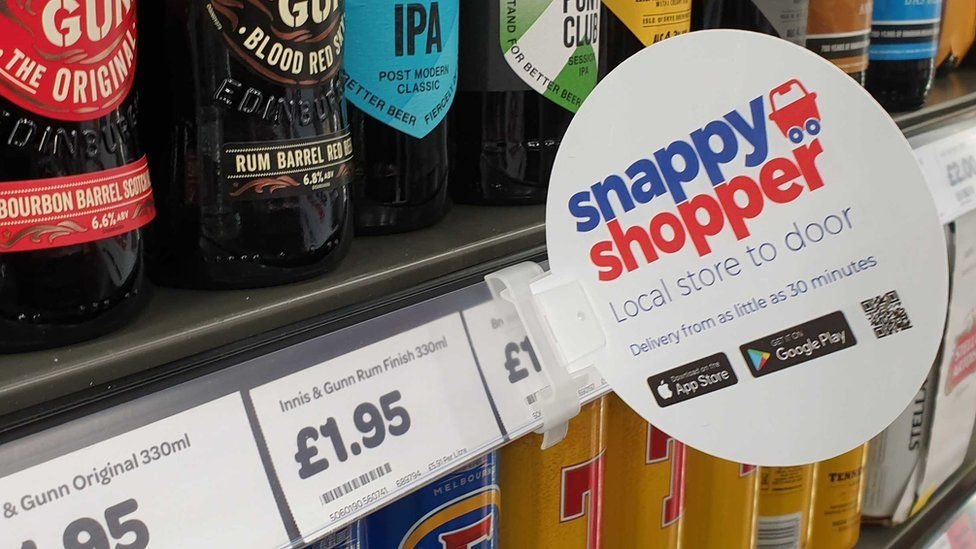 The Snappy Group said Mr King was now a senior adviser to it and had made "a significant personal investment". The UK Dundee-based group's Snappy Shopper app service offers goods from local convenience stores in 30 minutes.

Deliveroo does the same for big supermarkets, while a host of new app-based services deliver from their own warehouses in as little as 10 minutes. Snappy Shopper does not claim to be as fast as fellow start-ups such as Weezy, Dija, Zapp and Getir.

However, it does cover much more of the UK, with most of its rivals currently confined to parts of London and selected other cities. It partners with convenience stores including Spar, Nisa and Costcutter, directing users of its app and website to the nearest local participant and charging £1.95 for delivery.

"They're, if you like, mini-warehouses with customers in. And to give those shop owners, because the majority of them are owner-managed, the opportunity of a professional home delivery service in these challenging times was an opportunity too good to miss."

The Snappy Group said its aim was to "democratise e-commerce technology by providing an affordable solution to local businesses, enabling them to compete in the fast-growing home delivery market". It said Mr King, who was chief executive of Sainsbury's between 2004 and 2014, would become a non-executive director once its current fundraising round was complete.

Since the coronavirus pandemic struck, the market for home delivery of groceries has become more intense, with many people preferring to avoid physical shops for fear of catching the virus.

While most of the big supermarkets run online shopping services of their own, they have also increasingly turned to apps such as Deliveroo to provide customers with a convenient way of getting a small number of items in a hurry.

Sainsbury's, for instance, has recently expanded its partnership with Deliveroo, meaning that about 30% of the population can now choose from some 1,000 Sainsbury's products within 20 minutes. As a tech platform, Snappy Shopper is attempting to level the playing field, by giving smaller players the same opportunity to reach shoppers at home.

It pre-dates the pandemic, since it was founded in 2017.

However, Snappy Shopper does not employ any drivers. All deliveries are organised and carried out by its partner stores themselves.