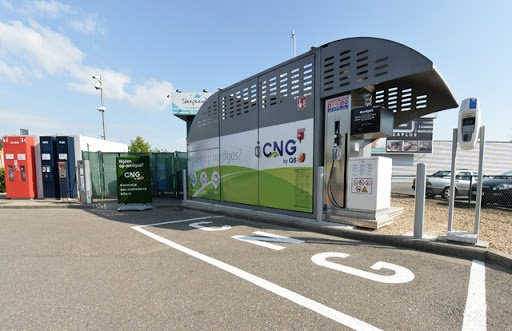 Europe’s rapidly growing gas fuelling station network has reached the milestone of 4.000 CNG, and 400 LNG stations. These stations are crucial as they are able to support Europe’s gmobility fleet, with also a rapidly increasing share of biomethane.

At the same time, the Natural & bio Gas Vehicle Association (NGVA Europe) has released the 2020 gas vehicle registration numbers, which illustrate the continuous and sustained growth this sustainable mobility solution has witnessed. Along with the new registrations of buses, LNG-fuelled trucks have especially been the biggest winners.

Gas in transport is our catalyst for climate neutrality and for achieving the ambitions of the European Green Deal. NGVA Europe's latest numbers demonstrate that both the infrastructure and new vehicle registrations support the necessary transition towards carbon neutral mobility.

Natural gas infrastructure and vehicles are fully compatible with renewable gas and are therefore potent enablers of a drastic reduction in GHG emissions. Today, g-mobility represents the most cost-effective approach to the decarbonisation of the transport sector and to achieving our intermediate 2030 and 2050 climate goals.

Since 2020, about 300 new CNG stations have been set up, which represents a growth of 8,1%. At the same time, the amount of LNG stations grew from about 250 to 400, which is a massive plus of 60%. This huge gain is reflected in equivalent LNG vehicle registrations.

In 2020, out of all gas fuelling stations, more than 25% were already delivering biomethane to European consumers. This amounts to a 17% average of all gas which is used as a transport fuel, and which continues to grow daily. By 2030, a European average of 40% biomethane will be available to power the entire NGV fleet which is currently estimated to include more than 13 million vehicles.

This will result in an overall GHG emissions reduction of 55%. NGVA Europe is estimating that by then, there will be about 10.000 CNG, and 2.000 LNG stations in Europe.

While the fuelling station network is growing drastically, NGVA Europe also recorded a significant amount of gas vehicle registrations despite the COVID-19 pandemic. Therefore, compared to 2019, there have been less overall registrations of gas-powered vehicles, but this is reflected and well in line with the statistics for the entire vehicle sector.

New gas vehicle registrations in 2020: there have been 55.028 new registrations of passenger cars, in addition to 3.189 new buses. According to ACEA, 11.4% of all new buses sold in the European Union in 2020 ran on alternative fuels – and nearly all of them are powered by natural gas.

Among the big winners are France, Spain and Sweden which have all witnessed growth in the double-digits. The largest increase in registrations was recorded in truck sales: there has been a huge addition of 6.802 new CNG and LNG trucks in Europe. 99% of all sold alternatively powered trucks run on natural gas, whereas the largest amount of sales was recorded in Germany[3].

European legislation must support these dynamics for a rapid reduction of GHG emissions in road transport These impressive numbers demonstrate that gmobility is a rapidly developing market with a great potential to decarbonise road transport in a fast and affordable manner, thanks to an ever-growing share of renewable gas.

Now, however, this potential must be acknowledged by the European Union and further supported with adequate legislation in order for gmobility to fully play its role in the transition towards carbon neutral transport.

In light of this, NGVA Europe is confident that the European Commission will recognise the necessity of supporting this European technology through the upcoming revision of key legislative files regarding the future of transport, including the CO2 Emissions Regulation for Cars & Vans, as well as the Alternative Fuels Infrastructure Directive.

NGVA Europe’s Secretary General Dr Jens Andersen commented: “These new numbers show that 2020 was another key year with growth in both vehicle registrations and infrastructure development, confirming the ever-growing attraction of gas mobility for European consumers.

They make this choice for a good reason: gmobility is a mature technology with not only high engine efficiency and performance, widespread infrastructure and low total cost of ownership (TCO), but also great environmental benefits.”