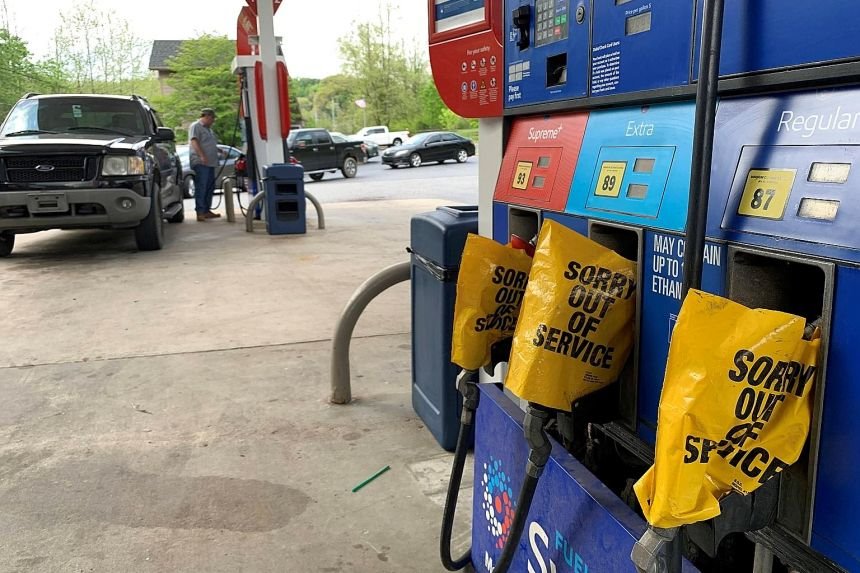 Petrol stations from Florida to Virginia began running dry and prices at the pump rose, as the shutdown of the biggest United States fuel pipeline by hackers extended and sparked panic buying by motorists.

The administration of President Joe Biden projected that the Colonial Pipeline, source of nearly half the fuel supply along the country's East Coast, would restart in a few days and urged drivers not to top up their tanks.

"We are asking people not to hoard," Energy Secretary Jennifer Granholm told reporters at the White House. "Things will be back to normal soon." Colonial was shut after hackers launched a ransomware attack - effectively locking up its computer systems and demanding payment to release them.

The company said it is making progress and hopes to restart a substantial portion of operations by week's end. It said it has taken delivery of an additional two million barrels from refineries for deployment upon restart.

"Markets experiencing supply constraints and/or not serviced by other fuel delivery systems are being prioritised," Colonial said. The outage, which has underscored the vulnerability of vital US infrastructure to cyber attacks, has already started to hurt.

Colonial said it made recent deliveries to parts of Georgia, South Carolina, North Carolina, Maryland and New Jersey. In an effort to ease the strain on consumers, Georgia suspended sales tax on petrol, and North Carolina declared an emergency.

The federal government, meanwhile, has loosened rules to make it easier for suppliers to refill storage, including lifting seasonal anti-smog requirements for petrol and allowing fuel truckers to work longer hours.

Ms Granholm said there is not a shortage but a supply "crunch" in North Carolina, South Carolina, Tennessee, Georgia and Southern Virginia, regions that typically rely on Colonial for fuel.

Driver Caroline Richardson said she was paying 15 US cents more per gallon than a week ago as she refuelled at a petrol station in Sumter, South Carolina. The strike on Colonial "is potentially the most substantial and damaging attack on US critical infrastructure ever", Ohio Senator Rob Portman told a Senate hearing on cyber-security threats on Tuesday.

The FBI has accused a shadowy criminal gang called DarkSide of the ransomware attack. According to cyber experts, DarkSide is believed to be based in Russia or Eastern Europe, and avoids targeting computers that use languages from former Soviet republics.

Colonial Pipeline has told federal officials it would know whether it was safe to restart petrol and diesel flows that have been on hold since the attack. The promise comes as frustration grows among political leaders over scant details about when the biggest North American fuel pipeline will recover.

The Colonial pipeline is the most important conduit for distributing petrol, diesel and jet fuel in the US, connecting Gulf Coast refineries to population centres from Atlanta to New York and beyond. Each day, it ships about 2.5 million barrels, an amount that exceeds the entire oil consumption of Germany.

Even when the pipeline is restored to full service, however, it will take about two weeks for petrol stored in Houston to reach East Coast filling stations, according to the most recent schedule sent to shippers. For diesel and jet fuel, the transit time is even longer - about 19 days - because they are heavier and move more slowly.