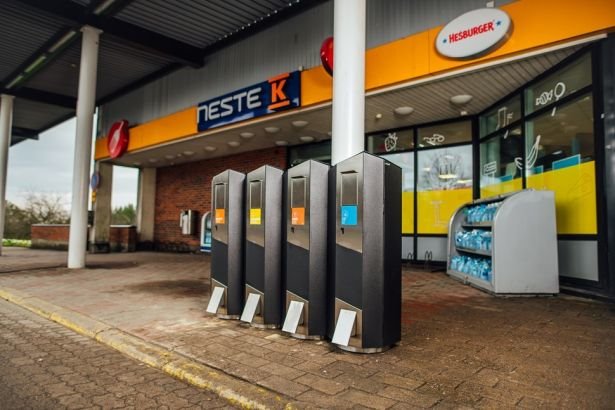 Finnish fuel operator Neste and Kesko Group aim to promote circular economy with the launch of a pilot project at the Neste K Linnatuulen transport station.

The new project will see the placement of waste containers at the store in the petrol station, offering increased recycling capabilities, with the goal of recycling almost 80% of all waste generated at the location.

According to a recent survey commissioned by the K Group, Neste and Lassila & Tikanoja, involving 1,000 respondents across Finland this year, only 43% of Finns sort waste generated during road transport.

A quarter of respondents said they forget about rubbish generated in their car, with 13% saying they do not recycle while driving. The pilot project at Neste K in Linnatuulen looks to make it easier for drivers to recycle when travelling through innovative measures in-store.

Added recycling points at the entrance of the store, as well as clearly labelled bins for customers to place different types of rubbish, will help the store reach its aim of recycling 78% of waste generated by the store.

Petri Salermo, director of Lassila & Tikanoja's environmental services division, said, "For the consumer, recycling should be as easy as possible in everyday life, as it increases the amount of material that ends up being recycled. "The success of the circular economy requires close co-operation between consumers and advanced companies."

As part of Linnatuule's pilot project, Neste is producing renewable diesel from frying fat used at the transport station for the first time across its store network. With Neste MY renewable diesel ™ fuel, motorists can reduce their carbon footprint by up to 90% over the product's entire life cycle compared to using fossil diesel.

Katri Taskinen, director of Neste's Finnish station network, said, "With our pilot project, the frying fat will end up in the tank of motorists using renewable diesel.

"According to our calculations, by scaling the operating model to all 70 Neste K transport stations, the amount of renewable diesel made from annual frying fat could be used to drive around the world about ten times. With the pilot, we will explore the possibilities of collecting frying fat from other Neste stations in the future as well."