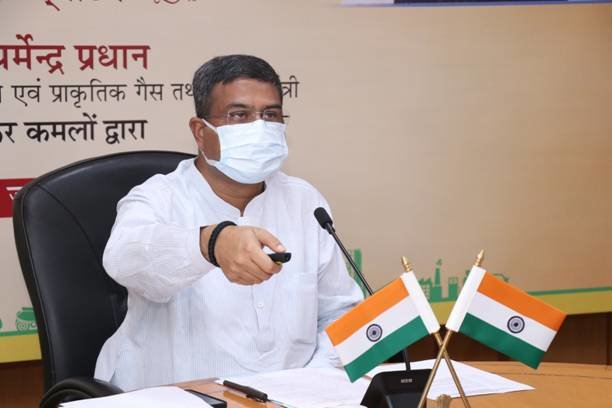 The Union Minister interacted with MRU operators in Raigad and Delhi and witnessed the filling of CNG in a vehicle through MRU. The MRUs inaugurated belong to Indraprastha Gas Limited (IGL) and Mahanagar Gas Limited.

Speaking on the occasion, Pradhan said that till now, CNG stations and PNG were availably only in metro cities and with the Government efforts these are now reaching cities and towns across the country. The Minister said that Prime Minister Narendra Modi is committed to the cause of climate change mitigation and his efforts have given the world, leadership and enhanced India’s standing in the world.

Asserting that the future of fuel retail is mobile, he spoke about various measures to give boost to this ecosystem including setting up mobile refilling CNG facility. He also outlined the benefits of mobile fuel retailing which includes cost advantage as well as advantage in terms of reaching out to consumers at shopping malls, offices and other places.

Pradhan said that India has committed to achieve 15% share of natural gas in the primary energy mix by 2030 for a more sustainable energy use, which will help reduce environmental pollution, fulfill India’s commitment to 2015 United Nations Climate Change Conference or COP-21.

Greater use of natural gas will reduce dependence on fossil fuel and consequently reduce import bill and dependence, he added.