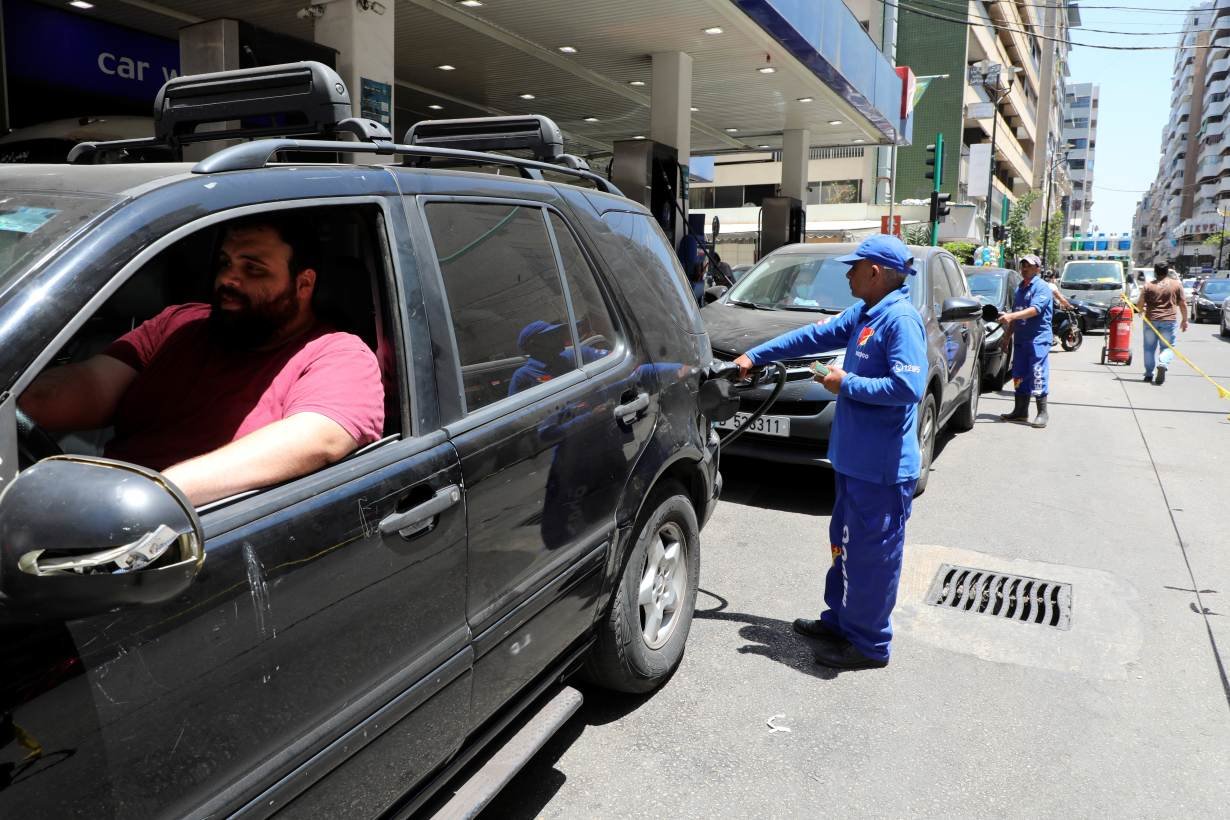 Filling up cars at a petrol station in Lebanon was never Adel Mostafa's dream job, but it paid the 44-year-old Egyptian enough to feed his family and was relatively trouble-free - at least until a devastating economic crisis took hold.

As shortages of basic goods force drivers to wait in line for small amounts of rationed fuel, many of Lebanon's mainly migrant petrol station attendants have been threatened, attacked and even shot at by angry motorists in recent months.

"It's become very difficult, truly unbearable. There are constant insults, there have been beatings here and at many stations where my friends work," Mostafa told Reuters.

"It would be less of a disaster if it was worth it, but at the same time my pay cheque is pretty much worthless now. If the situation stays like this, we're all going back to Egypt," Mostafa said.

Before the country's economic crisis erupted in mid-2019, they earned wages equivalent to about $400 per month - more than three-times the minimum wage in Egypt, the home country of many of the migrant workers. But the Lebanese pound has since lost more than 90% of its value against the U.S. dollar, and migrant workers' buying power has been eroded.

About 400,000 migrant workers live in the nation of six million people, according to the International Organization for Migration, making them a pillar of the local economy.

Most work as domestic helpers or in other low-skilled jobs such as janitors or rubbish collectors, and they have been hard hit by Lebanon's economic meltdown, a massive port explosion in Beirut last August and fallout from COVID-19.

Employed at a gas station on the outskirts of Beirut, Mohammad, 23, said he had been trying all year to save just over $100 to book a ticket to return to Egypt. Skyrocketing food prices mean he still has not managed it.

"We're getting hit from all sides, from customers and from the employers," he said, asking not to give his full name to protect his identity. Brax said everyone in the industry was suffering due to the shortages that have forced gas stations to ration sales.

The son of a gas station owner in rural northern Akkar was shot dead during a dispute with a driver last month, Brax said, and several videos showing fistfights and gunfire at petrol pumps have circulated on social media in recent weeks.

"We've asked for help a lot, but police patrols come and go and it's difficult to protect everyone. The only solution is to solve the problem at its core," Brax said. An Internal Security Forces spokesperson did not immediately respond to a request for comment.

About 140 fuel stations have decided to close for the meantime after staff were targeted by angry motorists, the head of the country's fuel distributors' association, Fadi Abou Chakra, said this week.

Lebanon's fuel shortages are tied to increased rationing of scarce foreign currency by the central bank, which subsidises fuel imports at an exchange rate some 10-times below the current market rate.

Widespread hoarding and smuggling to neighbouring Syria are also at the centre of the problem, according to the country's caretaker Energy Minister Raymond Ghajar. He has called for a crackdown on the illicit cross-border trade. "When that happens, the lines will end and everyone will be relieved," Brax said.

That cannot come soon enough for fuel pump workers like 27-year-old Abed, who left a job washing dishes in a Cairo restaurant to work at a pump in Lebanon in 2017. "The situation is bad for us, it's very bad for the Lebanese. God help us all," he said as he took a short break from manning the pumps.