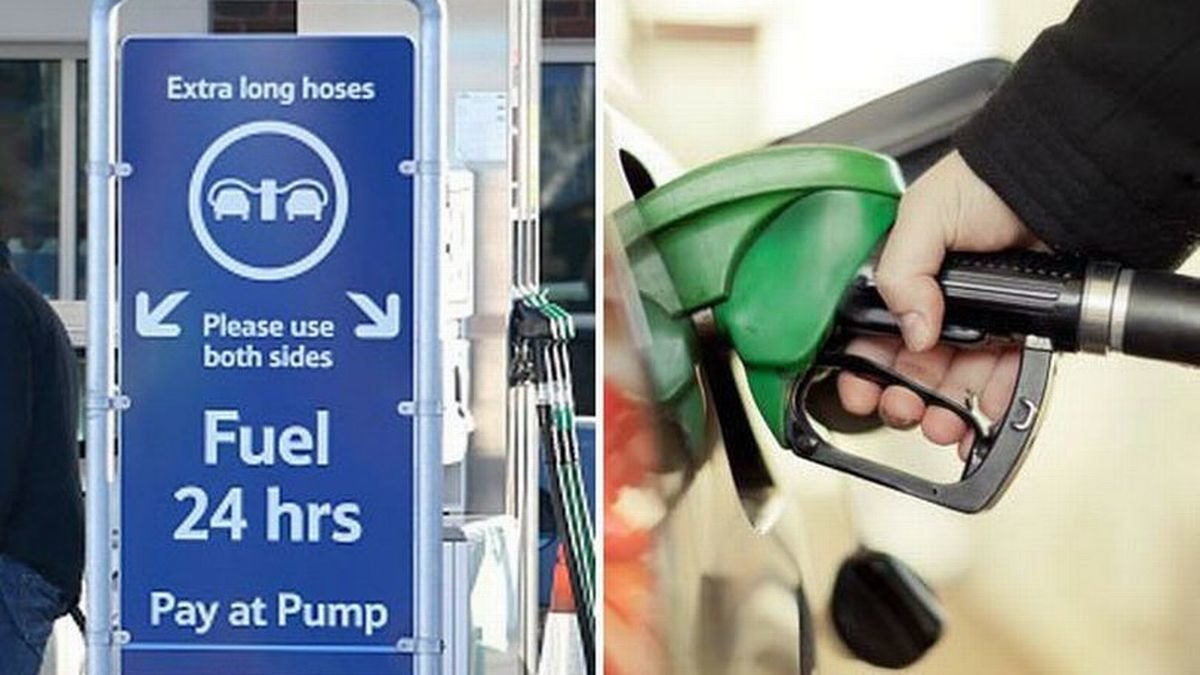 Drivers will be charged up to a £100 deposit fee when topping up petrol or diesel at Tesco and Sainsbury's.

This will be taken out of a driver's account the moment a card is put into a Pay at Pump machine before the petrol station will work out the correct fee after the car has refuelled. Drivers will then see money refunded to their accounts minus what they owed for the fuel payment.

Tesco had used a £1 authorisation fee but this will be replaced for the new £99 deposit. The money will be ringfenced with Tesco confirming money would be released back into drivers accounts immediately after topping up.

The supermarket chain said the new rules were being trialed at their Stevenage Broadwater store before it could be rolled out across the UK later this year. The new updates have come into force after Mastercard, Visa and American Express changed their rules.

Tesco said: “Under new rules implemented by Mastercard, Visa and American Express, we must now request authorisation from your card issuer for up to £99. Once you’ve finished filling up, the final transaction amount is sent to your card issuer, and the remainder of any unused funds up to the maximum filling amount will be released back to your available balance.

“We’ll only ever charge you for the value of the fuel you’ve actually purchased." Tesco said the changes were being introduced to help customers keep an eye on their finances.

Sainsbury's has also confirmed drivers will have £100 "ringfenced” prior to fuel being authorised and dispensed before the final transaction is calculated. The move comes almost two years after Asda ditched a similar charge following concerns from customers.

Drivers who have an account balance of under £99 may face some difficulties when filling up their cars. In this situation, your card company should show the lowest amount they will allow to release.

The pump will then calculate how much fuel you are allowed to take as a fraction of your total deposit money. This means some road users may only be allowed a handful of litres instead of topping up their cars by the usual amount.

Some card companies may restrict fuel sales if there is less than £99 in the account. This would then force drivers to try another card in order to top up. Mastercard confirmed the rules around paying for fuel at the pump were “changing”.

It said: “The way you pay for your fuel at an automated fuel pump in the UK is changing. “Your card issuer/bank will temporarily reserve up to £99 of your available balance while you fill up.

“Then when you have completed fuelling, you’ll be charged for the correct amount of fuel you have used and the remainder of any reserved funds will be released back to your available balance." Drivers took to social media to express their anger at the decision

One road user said: “Wow. It costs me £16 max to fill up my bike but hold £99. “When there's too much month at the end of the money, they're going to decline my card.”