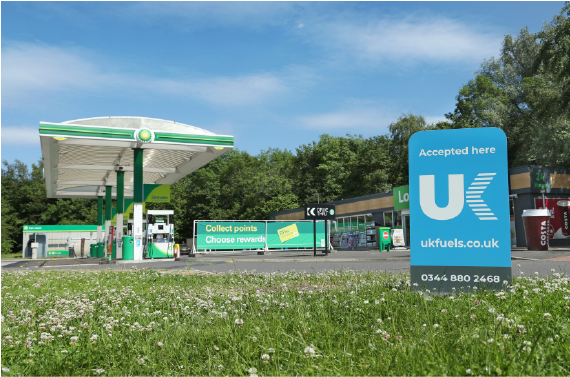 UK Fuels, the provider of the UK’s largest independent fuel card network, has hit a new milestone increasing its nationwide network to over 3,500 fuel stations.

UK Fuels celebrated its 30th-anniversary last year and offers the most extensive range of fuel cards in the UK, with more than half a million fuel cards actively being used by its customer base each year.

Over the past two years, the Crewe-based company has signed up Sainsbury’s and the Co-op, adding to the existing Tesco and Morrisons supermarket forecourts and has recently added a further 28 Moto services to it’s motorway offering.

“We have reached another important milestone in our expansion of the UK Fuels network, with our cards now accepted at 3,500 independent filling fuel stations across the UK.

With their continued focus to maintain our status as the largest independent fuel station network in the UK, we are very pleased to be able to announce this expansion through the ongoing support of our network partners,” said UK Fuels Managing Director Jonathan Haseler.

UK Fuels has a particularly strong presence amongst commercial fleet operators, and in the HGV sector, its cards are accepted at most UK truck stops and HGV friendly fuel stations.

Globally managing over 3 billion litres of fuel per annum and with 1.2 million active fuel cards in issue, Radius is one of the UK’s fastest-growing companies.