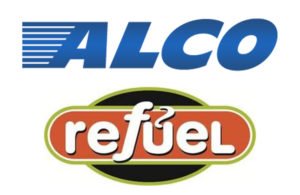 Refuel Operating Co. has entered into an agreement to acquire the assets of Albemarle Oil Co. (ALCO), a North Carolina based convenience store and retail fuel business operating under the ALCO brand.

Headquartered in Albemarle, N.C., ALCO owns and operates 28 conveniences stores and eight Dairy Queen quick service restaurants, all situated in North Carolina and South Carolina. ALCO was founded in 1939 and purchased in 1999 by the current owners, Pat Molamphy and Larry Graham.

“Pat and Larry have built an exceptional business over the past 22 years and we have a great respect for both of them,” said Mark Jordan, CEO of Refuel. “We are excited to expand our current footprint in the Carolinas and look forward to welcoming their employees to the Refuel family.”

Graham credited ALCO employees for making the company the success it has become. “This is evidenced by the fact that Shell just awarded the company the Best Overall Performance in 2020,” said Graham. “We are excited that our company and associates are joining a growing and dynamic organization.”

The transaction brings the total company operated store count to 160 for Refuel. It is the eighth acquisition for Refuel since establishing its partnership with First Reserve, a leading global private equity investment firm exclusively focused on energy, in May 2019

Financial details of the transactions were not disclosed. The transaction is subject to customary closing conditions, including regulatory approval, and is expected to close in the third quarter of 2021.